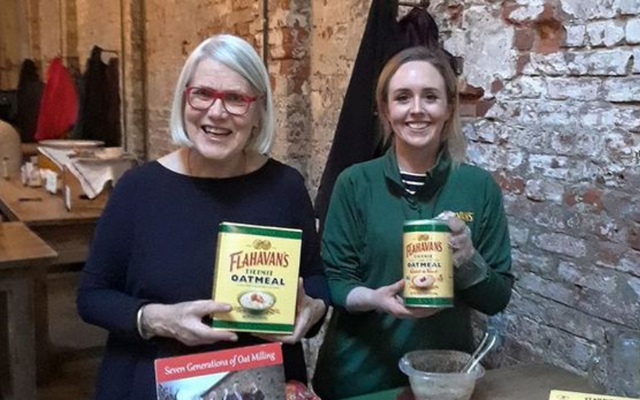 Nowadays it's hard to tell what's what in the aisles of a supermarket so we pulled together a list of Irish favorites that are most certainly still Irish.

We decided to put together a list of produce that is still produced in Ireland. The list includes Irish-owned and non-Irish-owned companies that produce their goods on the Emerald Isle!

Tayto is the quintessential Irish crisps (potato chips). Set up in 1954 by Joe Murphy, Tayto has captured the hearts of the Irish people. There are three flavors to pick from Smokey Bacon, Salt & Vinegar, and Cheese & Onion, but true connoisseurs know that Cheese & Onion is the superior choice.

Tayto crisps have become such an Irish cultural phenomenon that it even has its own theme park called "Tayto Park" in County Meath. The company, which is now wholly owned by German group Intersnack, operates from an 80,000sq ft facility close to Tayto Park.

Although now owned by international conglomerate Diageo, Guinness still ranks as one of the most Irish drinks going. Vast quantities of the black stuff are still produced at St. James’s Gate in Dublin. A meal almost in and of itself, Guinness can be enjoyed as a pint, or as an added ingredient in plenty of Irish dishes.

Brennan’s bread is an Irish brand through and through. Its bright yellow packaging is known to spark a sense of delight in all who see it. Wholly Irish-owned, the bread is produced in Dublin. This bread makes for excellent toast and sandwiches.

Flahavan’s porridge (oatmeal) has been milled in County Waterford for over 200 years. The nutritious, filling bowl of oat-y goodness has been the champions' breakfast of choice in Ireland for years. Served plain, or with honey, fruit or sugar, Flahavan’s is an excellent way to start the day.

While it may be difficult to believe, Ireland is not home to any tea plantations. So while the tea leaves are grown abroad in parts of Africa and India, the blending of the tea is done in Ireland. When you ask an Irish person abroad what they miss most about home, their eyes take on a starry quality and if you listen close enough, you can usually hear them whisper “Barry’s Tea.”

Set up in 1959 by local businessmen and farmers, Wexford Creamery has a sterling reputation for providing world-class cream, milk, and cheese. Wexford Cheddar has won countless Gold Medal awards for taste and quality and is delicious with savory crackers.

Ballymaloe is one of the most beloved family brands in Ireland. Based in Cork, Ballymaloe does a mean business in relishes, sauces, and dressings. The recipe for the famous Ballymaloe Country Relish dates back to the 1930s and is a favorite in mothers’ and chefs’ kitchens across Ireland.

A familiar sight in many supermarkets around the world, Kerrygold is one of the most successful Irish brands. Its name is on both butter and cheese. Kerrygold is celebrated the world over for its rich, creamy taste. Their 100% natural products are delicious with any meal but often taste best on warm toast or potatoes.

Tasting Clonakilty Black Pudding is almost a religious experience, with their secret recipe remaining one of the last, great secrets of mankind. Try it with soda bread or brown bread and prepare to be impressed.

Look into just about any Irish freezer and you’ll be sure to find a deep dish Goodfella’s Pizza. Though Ireland is not renowned for its Italian cuisine, Goodfella’s has been a favorite dinner-time meal for families and college students across the country. Goodfella’s stonebaked and deep pan pizzas are whipped up in Naas, County Kildare and the Goodfella’s takeaway pizza is baked in Longford.

While it may not be a patch an American slice, this frozen pizza has a special place in the hearts of Irish people, at home and abroad.

Best Irish foods to treat your Dad with this Father's Day