The perfect Irish American dessert. Just whip up a batch and wait for the praise to roll in. 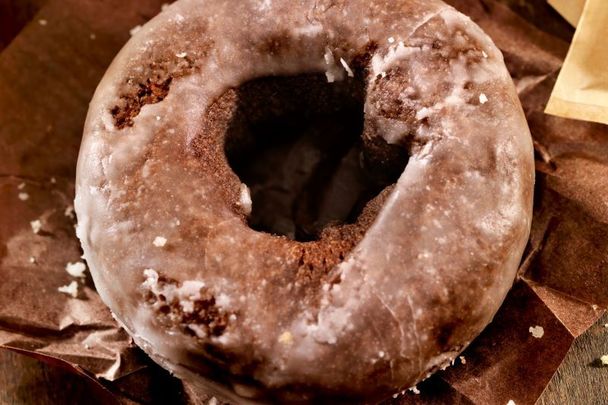 We don’t want to get the community into a tizzy but we may have found the perfect Irish American dessert! Yes, it’s a recipe for chocolate baked Guinness donuts with Irish cream glaze.

Before the comments about stereotyping start to roll in, let’s look at the figures.

America actually has a National Donut Day - the first Friday of every June! - on which we celebrate the fact that there are 10 billion donuts consumed in the United States every year.

Then there’s Guinness, as well as Irish cream, known the world over by the brand name, Baileys. Everyone around the globe knows these two Irish drinks, even if they know nothing else about Irish culture. These two are like Coca Cola. Massive brands and ridiculously popular.

So there you have it. This recipe from the genius of blogger, Thrifty Jinxy, is perfect.

Whip up a batch of these for your next party and wait for the praise to roll in! You'll be everyone's favorite.

In a large bowl, whisk together Guinness, egg, sugar, brown sugar, and butter.

Stir dry ingredients into the wet until just combined.

Combine all glaze ingredients and stir until blended.

Dip the top of the donuts in the glaze and place on a wire rack to dry.