British stockpile food in "Brexit Boxes" in fear of no deal

What does Brexit mean for the food supply? 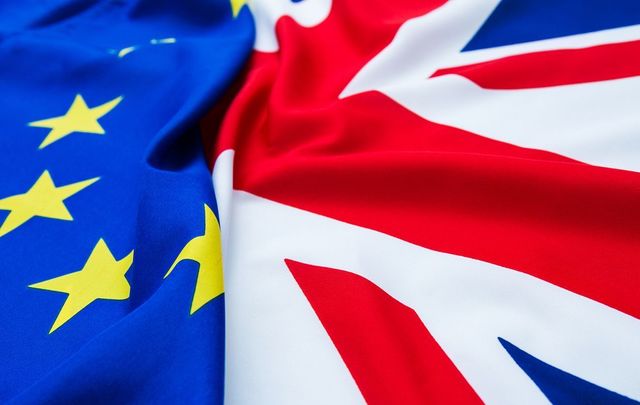 Should we be stockpiling food in case of a no-deal Brexit? Getty

It's just over a month to the Brexit deadline and as there appears to be no certainty surround its outcome some British people are panicking and beginning to stockpile staples or even purchase "Brexit Boxes" in case their food supply is affected.

There have been reports that British consumers, concerned that the United Kingdom will crash out of the European Union (EU) without a deal, have been adding extra tinned goods and basic medicines to their shopping in case supplies are interrupted after the March 29 Brexit deadline.

Tinned-beans, dried pasta, and ibuprofen aren’t the only things that the British public has been stocking up on. Emergency Food Storage, a UK based company that provides survival food, water products, and emergency equipment, has reported that over 700 of its Brexit Boxes have sold recently.

The company offers two varieties of the emergency kit: The Brexit Box for £295 or the Deluxe Brexit Box for £595. Each box provides a range of tinned and freeze-dried foods, including macaroni cheese, diced chicken and pasta bolognese, with the products boasting a shelf life of up to 25 years. 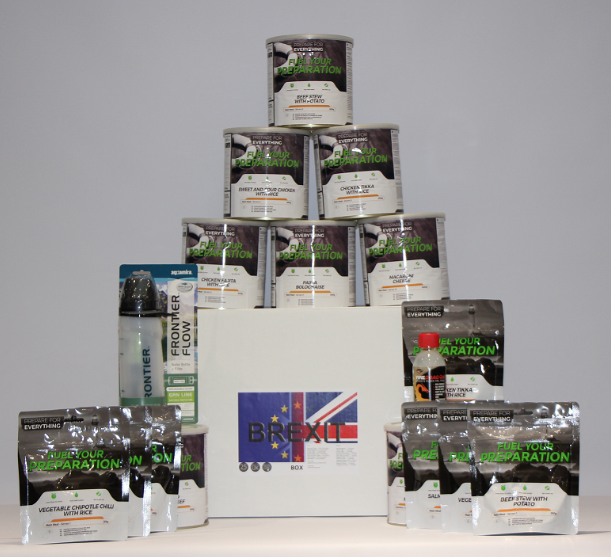 The Brexit Box, from emergencyfoodstorage.co.uk

There are worries here in Ireland that a no-deal Brexit could seriously disrupt our own food and medical supplies. The Economic and Social Research Institute (ESRI) has reported that a hard Brexit will increase the cost of living for all Irish households by around 3.1%, which works out at an increase of €892-€1,360 annually. The ESRI further reported that the price of staple foods, including bread, milk, and cheese, could rise by up to 46%.

An Oireachtas Committee, which examined the potential disruption Brexit could cause in Ireland, has determined that our own food and medical supply could face disruptions, as we import many commodities from the UK. The Irish cheddar sector, for instance, could be decimated by a no-deal Brexit as tariff could be increased by approximately €150 million, reducing competitiveness and forcing consumers to look for cheaper alternatives.

As our neighbors begin to stockpile food, should we be doing the same here in Ireland? Irish consumers purchased around €4.1 billion worth of British food and drink products in 2017. If the food supply is suddenly disrupted due to a no-deal, we could be left without family favorites including Lyons Tea, HB Hazelbrook Farm Ice Cream and Heinz Ketchup, which are all produced in the UK.

What do you think? Should the Irish be stockpiling their favorite British products? Let us know in the comments section below.

Read more: Looking for great to eat in Dublin? Download this 2019 color-coded spreadsheet