The worst Irish movies ever made (VIDEOS)

What are the worst Irish movies ever made? From stereotypical views of Ireland in “Leap Year” and atrocious acting and accents in “Far and Away” to the embarrassing tales of “High Spirits” and “A Tiger’s Tale,” there have been some really awful films made about or in Ireland. 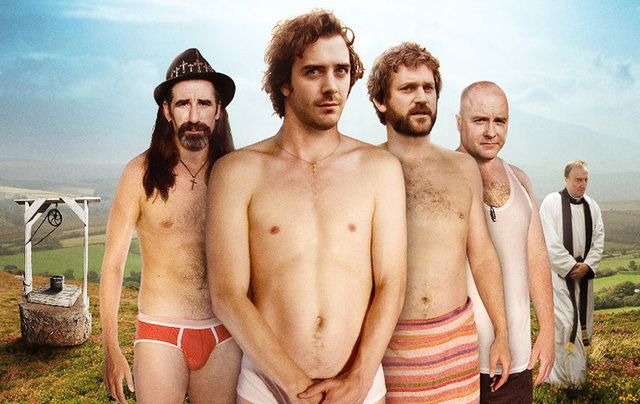 Promo shot for "Holy Water." You couldn't make this up but is it the worst Irish movie ever?

What are the worst Irish movies ever made?

We think we have come up with the Top 5 but if you have any better or worse ideas, feel free to join in.

From stereotypical views of Ireland in “Leap Year” and atrocious acting and accents in “Far and Away” to the embarrassing tales of “High Spirits” and “A Tiger’s Tale,” there have been some really awful films made about or in Ireland.

Here at IrishCentral, we’ve saved the number one spot for one of the most bizarre movies ever made. “Holy Water” is a tale about a group of men who put Viagra in their town’s water supply. Need we say more? Here’s our full list of the top worst Irish movies of all time:

Just a short description of this Irish movie will show you quickly why it got our number one vote. The story centers around the town of Kilcoulins Leap, home of a famous Holy Well. A postman, Podger Byrnes, comes up with a plan to hijack a van of Viagra and sell it in Amsterdam. When the plan goes wrong and Viagra’s makers send in their muscle, the postman and his friends hide the load of Viagra down the town’s Holy Well. You can guess the hilarity that follows.

Back in 1992, “Entertainment Weekly” spelled out perfectly what was wrong with this Tom Cruise and Nicole Kidman epic about venturing into the Wild West in the 1800s. The review reads, “Cruise has no edge, no inner fire. He lacks the passionate, volatile qualities that might have expanded the character into something more than a screenwriter’s concoction. … Machine-tooled and weightless — that’s Cruise in ‘Far and Away’. And that’s the movie as well."

This movie is also an example of some of the worst Irish accents and lines in an Irish movie. The most famously bad line from this movie is one of Cruise’s when he says to Kidman’s character, “You're a corker, Shannon. What a corker you are.”

Guilty of leaving Ireland in the dark ages, “Leap Year” casted Oscar nominee Amy Adams as Anna, a woman desperate to marry her long term boyfriend. She plans a trip to the Emerald Isle for February 29, when traditionally in Ireland women can propose to men.

“The New York Times” got it right when a critic described “Leap Year” as one of the worst movies of the year. The romantic comedy paints modern Ireland as a backward country where a power surge caused by Adam’s Blackberry wipes out electricity for an entire town. The hackneyed love story does little to promote the true identity and lure of Ireland.

Written and directed by Englishman John Boorman, this is one Irish film that belongs on the editor’s floor. Good points start and end with the cast line up, which includes Brendan Gleeson and Kim Cattrall (with a very unconvincing Irish accent).

Gleeson plays Liam, a property developer in Ireland’s economic heyday whose dodgy dealings leave him seeing a double of himself, akin to Macbeth’s ghosts who haunt him for the duration of the film.

The brilliant Peter O’Toole plays a major role in this movie which does not paint the Irish or Americans in the best light. Stereotypes and an embarrassingly predictable story earned this movie a place on our list.

The movie tells the story of a busload of American tourists who arrive at Peter Plunkett’s Iris castle, where Peter himself pretends that it is haunted.