Tom Cruise's private jet traveled from Shannon Airport to Killarney in Co Kerry on August 3, according to the Celebrity Jets flight-tracking account. 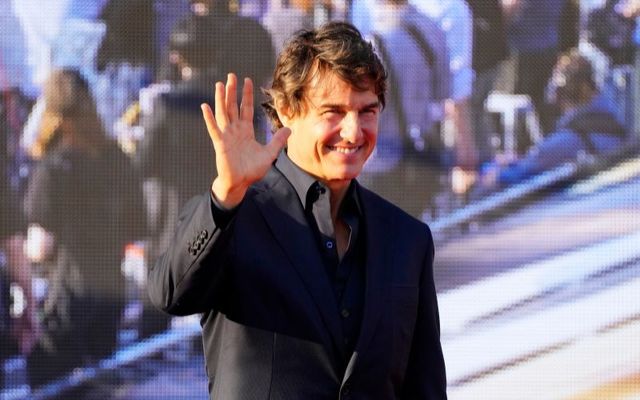 Tom Cruise at the Japan Premiere of "Top Gun: Maverick" in May 2022. Getty Images

Hollywood actor Tom Cruise is rumored to be holidaying in Ireland after his private jet landed in Co Kerry yesterday, August 3.

Cruise's Challenger 300 jet took off from Shannon Airport just before noon on Wednesday before arriving outside Killarney shortly afterward, according to the Twitter account Celebrity Jets.

It is unknown whether Cruise was onboard the aircraft, but the "Top Gun" star was spotted paragliding in the Lake District in the UK over the weekend.

It is believed that Cruise was filming for the eighth installment of the "Mission Impossible" franchise, which is due to be released in 2024.

Cruise is no stranger to Ireland, previously spending time in Co Kerry during filming for "Far and Away" in 1992.

More recently, he was presented with a Certificate of Irish Heritage in Dublin in 2013. Cruise was also pictured pulling a pint of Guinness at the Guinness Storehouse during his visit.

“That is why I wanted to make ‘Far and Away'. There is a pride in America being Irish.”

Cruise traces his Irish heritage back to his great-great-grandfather Patrick Russell Cruise, a landlord who helped evicted tenants reclaim their homes during the Famine, mid-1800s.

He received his "Certificate of Irish Ancestry" at a ceremony at Iveagh House in Stephen's Green, where he was briefed by genealogists on his family heritage.