Will you ever feel safe in the close confines of a Broadway theatre again? That's a question that producers hope you will answer with an emphatic yes. 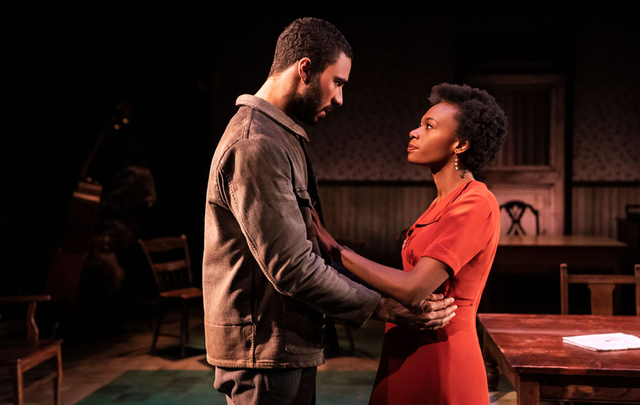 Will you ever feel safe in the close confines of a Broadway theatre again? That's a question that some – but by no means all – producers are hoping that you will answer with an emphatic yes very soon.

The producers of Irish playwright Conor McPherson's pandemic-closed hit Girl From The North Country are certainly banking on a big public return to the Belasco Theatre on Broadway on Wednesday, October 13.

The show won remarkable critical plaudits but unfortunately closed almost as soon as it had opened.

Based on the songs of Bob Dylan and set in the Minnesota that he hailed from, Girl From The North Country is the legendary songwriter's song catalogue skillfully reimagined as a play set in the midwest during the darkest years of the Depression by McPherson.

Dylan himself caught the show on Broadway right before the pandemic hit, admitting that he had been deeply moved by what he had seen. “The play had me crying at the end,” he told the New York Times. “When the curtain came down, I was stunned. Too bad Broadway shut it down because I wanted to see it again.”

Well, soon he will get the chance to. But before that, he and all of us will get an opportunity to hear what all the fuss is about, courtesy of the twenty-two song cast album which was recorded on March 9, 2020, in New York City, three days before Broadway theatre shut down due to Covid-19 emergency.

The recently released CD album features banner hits like Lay, Lady Lay, Like A Rolling Stone, I Want You, and lesser-known but accomplished tracks like True Love Tends To Forget. The show and the music is a reminder of Dylan's impact on rock (as well as his impact on McPherson's own creative imagination).

Another Irish-written Broadway bound show, whose launch got mangled by the pandemic, is Sing Street. The new wave 80's musical is based on the book by Irish playwright Enda Walsh with music and lyrics by Gary Clark and "Once" director John Carney.

Sing Street's musical adaptation of Carney's 2016 film of the same name was originally presented at New York Theatre Workshop where it played to packed houses and favorable reviews. Then it came to Broadway and was in previews and scheduled to open on March 19, 2020, and you know how that went.

Based on Carney's own experiences in 1980's Dublin, where he formed a band to give his school days glamor and excitement of the new music wave the show celebrates. The production will feature young leads Brenock O'Connor and Zara Devlin in star-making turns that I predict will be heralded when the show comes back to Broadway in winter 2021 and early 2022.

Carney's stage show, like the film that preceded it, succeeds based on the brilliance of the music of the new wave era and its Duran Duran-like video aspirations of glamor and cathartic beauty.

It also succeeds based on the skill of its talented cast, which includes Northern Irish actor Billy Porter as the anxious dad who wonders where his two dreamers sons are headed.

Another long-awaited theatre announcement is the news of The Irish Rep's return to in-person programming following their shutdown in March 2020.

Autumn Royal by Kevin Barry (a play about a timeless Irish theme, that of two siblings trapped by caring for an aged parent – or as they call him, “him upstairs in the bed”) will be directed by Ciaran O'Reilly and will run from October 8 to November 21 on their main stage.

That show will be followed by The Streets of New York by Dion Boucicault arriving just in time for the holidays from December 4, 2021 to January 30, 2022, featuring adaptation, songs, and direction by the Rep's artistic director Charlotte Moore.

Reopening the W. Scott McLucas Studio Stage at the Rep will be A Girl is A Half-formed Thing, the celebrated play by Eimear McBride adapted by Annie Ryan and directed by Nicola Murphy, running November 10 to December 12, 2021.