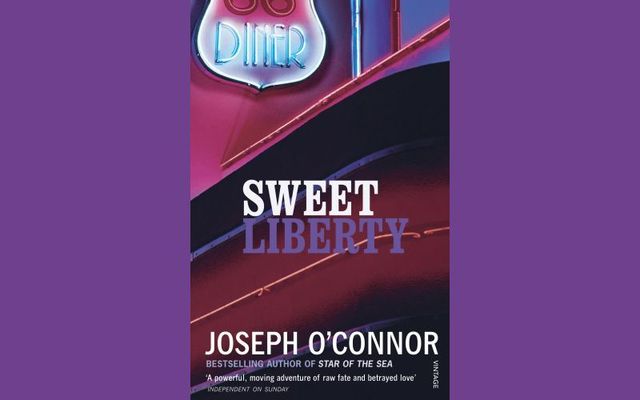 “Sweet Liberty - Travels in Irish America” by Joseph O’Connor is the October 2022 selection for the IrishCentral Book Club.

Throughout October, we’ll be reading “Sweet Liberty - Travels in Irish America,” which was first published in 1996 by the award-winning Irish author Joseph O'Connor.

Joseph O'Connor's love affair with all things American led to an extraordinary tour of the United States to visit the nine different towns called Dublin, as well as some of the great cities and tiny hamlets in between.

Along the way, he wittily deconstructs the legends of a whole pantheon of Irish American heroes, from John F. Kennedy to Billy the Kid, and takes a quick detour to finally answer that most important question: was Elvis really Irish?

The result is a hilarious, poignant, and unforgettable book that celebrates the breathtaking diversity of the Irish influence on America and actually manages to find a town called Dublin, somewhere on the planet, that doesn't have one single pub within its limits...

“One is reminded of vintage Bill Bryson...O'Connor is an engaging fellow, an affable kind of chap who could make a cross-continent Greyhound bus ride pass in a jiffy.” - Scotsman

“A fabulously droll, unsentimental, and craic-laden report on the haunts of the Gael taking in a wide range of political and historical references along its way. Many of the people the authors meets are so doggedly Irish they make him feel like an Englishman at a Sinn Fein rally, which gives the book a fascinating air of being a report from a doubly foreign land.” - Glasgow Herald

“He has written a book full of laughs and smiles, skillfully basted with well-brewed blarney.” - New York Times

“The laureate of the rising Irish generation, he combines that demotic wit of Roddy Doyle, the social concern of Dermot Bolger and the structural guile of Colm Toibin. A significant writer of a very contemporary kind.” - Irish Times

“O'Connor holds up a mirror to the America that we see but don't often notice.” - San Francisco Chronicle

He received the 2012 Irish PEN Award for outstanding achievement in literature and in 2014 he was appointed Frank McCourt Professor of Creative Writing at the University of Limerick.

You can learn more about O'Connor on his website.