Paul Rudd, who has fondly reflected on spending time in Ireland during his youth, has been named as People Magazine's Sexiest Man Alive this year. 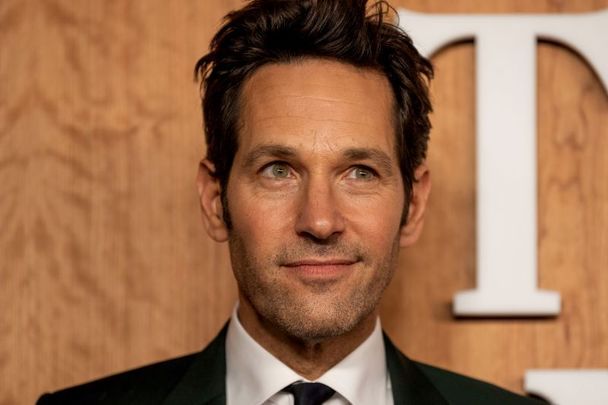 Hollywood actor Paul Rudd has been named this year's Sexiest Man Alive in the annual feature from People Magazine.

Rudd, 52, said in an interview with People Magazine that he was in shock when he first heard the news.

The actor jokingly commented that he was going to get "so much grief" from his friends. "As they should. I would. I mean I'm going to lean into it hard. I'm going to own this." Rudd said.

"I'm getting business cards made. But all of my friends will destroy me and I expect them to. And that's why they're my friends."

Rudd's wife Julie was the only person he told ahead of time about his new title. "She was stupefied," he said. "But you know she was very sweet about it. After some giggling and shock, she said 'Oh, they got it right.' And that was very sweet. She was probably not telling the truth, but what's she going to say?"

However, not everyone was happy with Rudd being crowned the Sexiest Man Alive -  beloved Irish native and CNN reporter Donie O'Sullivan took to Twitter to jokingly share his dismay at losing out on the title to Rudd:

Rudd's newest title comes ten years after he was declared an "Honorary Irishman" at the 2011 Oscar Wilde: Honoring the Irish in Film gala in Los Angeles. At the event, starlet Julia Roberts presented him with the award.

Rudd has his own personal links to Ireland after spending many childhood summers on Irish shores. His father, Michael, a historical tour guide, had planned to retire to Kinsale in County Cork, but sadly passed before being able to.

Rudd told The Irish Sun in 2019, "We spent so much time in Ireland, both when I was a kid and as an adult and we always loved it.

“They were really happy times. Most of the time we spent in Cork and Kerry, which I love and Sligo is also a pretty special place. It was always my father’s intention to find a place in Kinsale to see out his retirement, but sadly this was not to be.” His father's ashes were eventually scattered in various locations around Ireland.

Rudd's love for Ireland has gone so far that he even built an Irish pub in the basement of his home called O'Sullivan's, named after his son Jack Sullivan.

In 2014, during an appearance on the Late Show with David Letterman, Rudd reflected on spending time in Co Donegal while promoting Anchorman 2.  He said: “Ireland is the best place on Earth. It is hands-down, the best country, the greatest place."