"Nothing to Declare," the Irish documentary about two Dublin kids who flew to NYC on their own, could be up for Oscar consideration as it makes the DOC NYC shortlist. 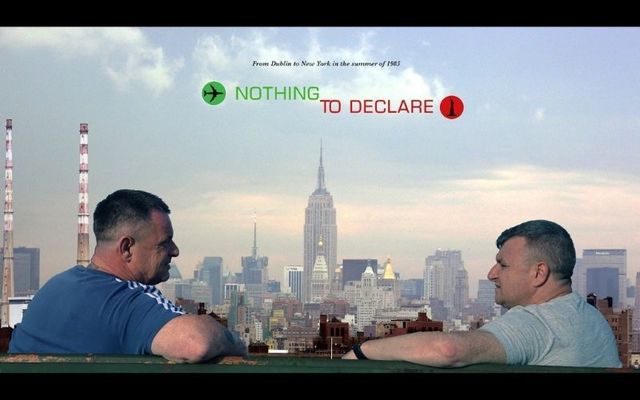 Back in 1985, two young Irish kids from the suburbs of Coolock and Darndale in Dublin decided they weren't going to let a little thing like the Irish recession stop them from living their dreams

Keith Byrne, 10, and Noel Murray, 13, started a fateful August day by taking the DART train to the south Dublin suburban coastal town of Dun Laoghaire, where they quickly stole a carton of cigarettes (although they didn't smoke) and some cheap gold jewelry from the local shopping mall, before boarding the big ferry to Holyhead in Wales.

Once in Holyhead, they got on the overnight train to London where they were soon enjoying the faster pace of life in a metropolis that made depression hit Dublin of the period look like a sleepy backwater.

Byrne and Murray were smart beyond their years and very far from innocent. They both had a remarkable sense of adventure which sustained them through the stickier moments of their grand three-nation exodus.

In London, they remembered that it was always easy to steal meals from Dublin airport, so they took the tube out to Heathrow. Once there, they thought wouldn't it be fun to fly back to Ireland this time, until a departing flight for New York City seemed like a more exciting prospect – they both loved The A Team - so they made their way on board.

The story of this grand adventure, which is still spoken of with awe and a lot of slagging in their respective northside communities, is the subject of director Garret Daly and producer Martina McGlynn's wonderfully funny and well-observed new documentary Nothing To Declare.

Evading the authorities in three countries was a first, even for two successful con young artists like them. Arriving in New York on an Air India flight from London, their appearance baffled airport security in three countries, raising serious alarm about a potential terrorist breach.

But back in Dublin, their heartbroken parents were worried sick. You can only imagine their surprise when two guards from the local Coolock station arrived at their door to tell them their sons were now in New York. 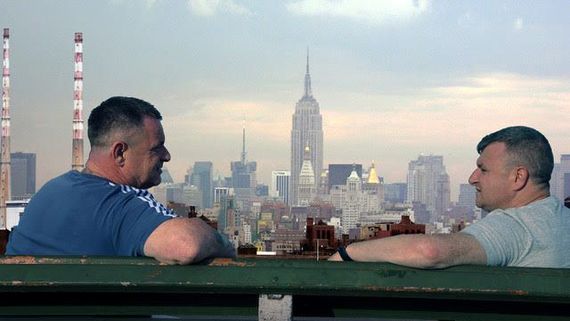 Keith Byrne and Noel Murray ran away to New York when they were 10 and 13.

One of the delights of the new documentary is its feel for the period of the mid-'80s in Dublin, London, and New York. There's the 46A bus, there's Live Aid, there's the Irish Life building and there's New York in the heart of the Reagan era. Even the anxious pictures of the boys (looking like they're anticipating a good hiding from their parents) conjure the time and place – when such adventures were still possible.

“Young people now could never do what we did,” they reflect in the film. “Their heads are stuck in their iPads and iPhones, they won't get far,” Noel concludes.

As they learned from their legendary trip, it isn't all fun and games. On return to Ireland, they were faced with the future that Ireland often offered to working-class boys who got on the wrong side of the state: reform school. Keith got off, but Noel was sent down and he later struggled with drug addiction for thirty years (drugs would claim the lives of most of his family).

In the film, he declares that he has been free of drug dependency for the last 17 months and you want to cheer his determination. Had they been born on the other side of the River Liffey in the leafy south Dublin suburbs you can't help but wonder how differently Noel's brilliance and streets smarts would have played out.

Nothing To Declare has just been selected to be screened at the prestigious DOC NYC shortlist this November. This is significant news for the short Irish film because the festival’s programming team considers their selections to be among the year’s strongest contenders for Oscars and other awards.

The last word should go to one of the former boys themselves. “Margaret Thatcher was on TV saying they could not have broken through my security,” Noel – who's still known as New York Noel in Darndale - recalls with a laugh. “We did, Maggie!”

Nothing To Declare will screen in New York City on November 12th and November 18th at the Cinépolis Chelsea. Tickets and passes are currently available for purchase online only at docnyc.net.