Kit Harrington, the British "Game of Thrones" star, has gotten some slack about his Irish accent but doesn't listen to the haters. 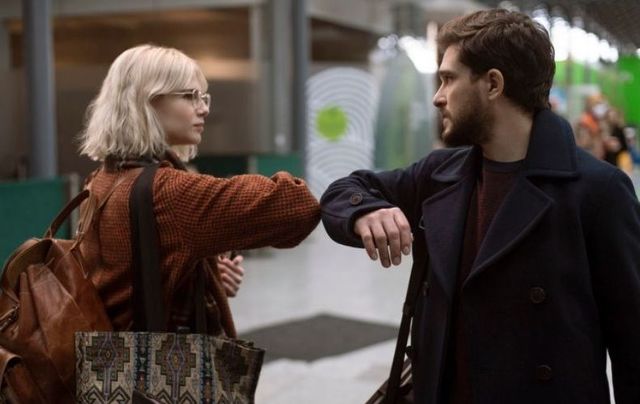 British star Kit Harington spoke to an Irish radio about his Irish accent in Amazon's "Modern Love". Some English journalists poo-pooed his accent but the Irish us included think he was spot on.

Amazon's "Modern Love" series, based on the column of the same name in The New York Times, featured "Game of Thrones" star Kit Harington in a season two episode based in Ireland, and the British A-lister thinks he did a fine job with his Irish accent even though he got a bit of slack about it.

(Our opinion? His accent was perfection in a cute episode about two passengers falling for each other on a train from Galway to Dublin, just before the pandemic hit.)

Harington was on an Irish radio show last week and said he read a negative review that bugged him. "I'm terrible for reading reviews. I read reviews, which is a bad idea as an actor. And I read a review from an English journalist saying how bad my Irish accent was,” he said on 2FM.

"And then the Dublin Gazette I think it was, or one of the Irish papers, came out and said it was good and I thought, 'Yes, come on.’  I’m just glad that I did your accent justice."

The episode, which was shot in Ireland, co-starred Lucy Boynton, whose beau is Oscar-winning actor Rami Malek. When they got to Ireland to start filming they quarantined in Co. Wicklow.

“I saw Rami out there because we were out there at the same time," Kit said. “We just had a really lovely time. I couldn’t think of a nicer place to quarantine than next to Lake Blessington going for swims, you know.  It was lovely.”

Judge for yourself! Check out this clip from Kit Harrington's episode of "Modern Love"