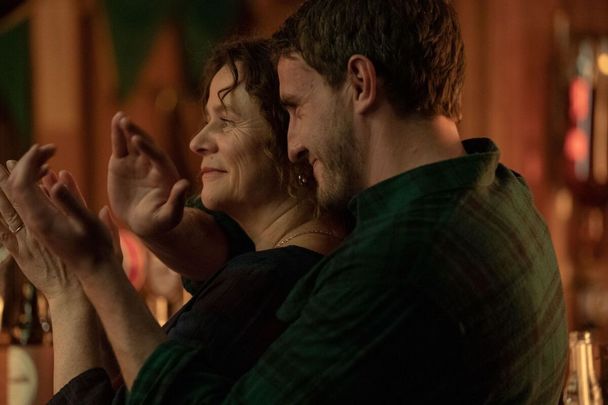 Emily Watson and Paul Mescal in "God's Creatures". A24

They say a mother's love's a blessing, but what about when she's putting her sainted children above natural justice? In the atmospheric and immensely powerful new Irish drama 'God's Creature's,' the devoted mother is played by Emily Watson and the son who can do no wrong in her eyes is played by Normal People's breakout star Paul Mescal.

Set in an coastal town in County Sligo, the film is a pitch-perfect portrait of a haunted Irish rural community and a mother who spends too much of her time trying to persuade herself she can't see what's in front of her face.

Watson is instantly captivating as Aileen O'Hara, the hard-working wife and mother who is so glad her prodigal son Brian (Paul Mescal) has come back from a too-long sojourn in Australia that she's determined to ask no hard questions about anything, like where he was, why he left, how he supported himself or why he has suddenly returned?

As Brian, the confident but strangely distant son whose sudden presence after years away is a puzzle to many, Mescal's new character is one hundred miles away from the sound lad he played in 'Normal People,' Sally Rooney's award-winning Hulu drama.

For a start Brian doesn't seem to have friends, then add that he obviously prefers to work alone rather than create any implicating ties to the community he once abandoned. The message is that this guy is more than a loner, potentially he's an unfriendly jerk.

What God's Creatures gets right from the opening scene is the tension-filled atmosphere and this quietly riveting psychological drama never puts a foot wrong from the first to the last frame and even the soundtrack is eerily perfect.

Men are everywhere in the film but the story really belongs to women, who are usually the last to realize they don't really own anything in the town, including their homes, their Independence or their own destinies.

The film opens with a familiar scene to anyone who knows Irish fishing towns. A young man has tragically drowned at sea, turning local life upside down. But before he's even waked prodigal son Brian returns from overseas, intent on picking up the pieces of his former life as if nothing had happened. 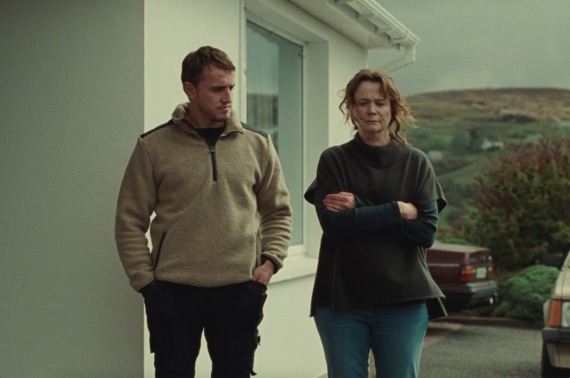 The person who conspires the hardest with him to smooth over the cavernous cracks of his past is his own mother Aileen, of course. Her best friend has just lost her firstborn to the sea as Aileen's youngest child has returned, and so Aileen selfishly wants to hold on to whatever bit of good fortune has finally brought him home.

Directed by Saela Davis and Anna Rose Holmer, the film is so intimately attuned to the hidden emotions of its central characters that you'll be riveted from the first scenes. Who are these hard-working women and why do we feel so implicated in the lives of strangers so quickly?

The answer is that this is a study of the hard world men create for women. It could be set in any fishing town from Sligo to Seoul and the central message would probably still be as powerful and direct.

Mescal is so convincing that you may wonder if he actually is the character he's playing, and Watson shows us a woman who's blinded by the light that she is refusing to see, because where can you go after admitting the worst to yourself?

After last week's exploration of the lonely world of men in Martin McDonagh's long and ultimately cartoonish "The Banshees of Inisherin", it's inspiring to watch a film that does far more in 140 minutes to present us with a compelling study of the rural Irish life as it is actually lived.

It's so rare to see a new film that takes its time to create its world and let the viewer decide what the story is, but "God's Creature's" allows us to. We learn about the community, its history, its hardscrabble existence and the generations that have given the place its tough character from the actors who have been expertly cast. 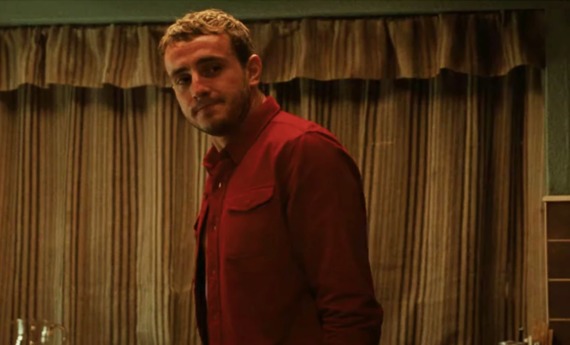 John Burke plays John Ferris, a village elder who is stricken with Alzheimer's, representing the break with the past that prevents those in the present from ever properly knowing themselves. In a way he's a stand-in for Ireland itself, having lost the thread of who he was and only hearing faint echoes in snatches of song and story.

The Irish landscape is another moody star of this slow-moving but shattering drama, providing a brooding landscape to match the storyline. What looks like a postcard in McDonagh's recent drama takes on a far more threatening feel here.

This idea comes to a head when he is accused of raping local girl Sarah Murphy, played with immense dignity and fury by Aisling Franciosi. Sarah accuses Brian of the attack but Aileen gives him a false alibi, setting the final act of the film in motion and underlining just how much there is at stake in this deceptively quiet film.

In fact, there is a Shakespearean quality to this gripping story about the unseen violence that can upend people's lives and Watson knows it in her bones, giving us one of the most electric performances of her career.

What's good to report is that Mescal matches her scene for scene in this unmistakably feminist drama about the seen and unseen damage that living in a man's world can do to those who are not.

Mescal lets his fairly sociopathic character reveal itself slowly, matched to the slowness with which his mother Aileen is ready to see it. The dance between them is alternatively halting and fluid, sometimes literally so, as she allows herself to slowly suspect the picture she has painted for herself is untrue.

People who are forced to live with a sorrow that can't be endured or escaped often disassociate, the film reminds us. They can create stories in their imagination to compete with the stories presented by reality.

This is obviously a trauma mechanism, but if it makes the present easier to bear it makes the future impossible. You can't live in a world of make believe, the person you hurt the most will always be yourself the film reminds us.

I have rarely seen a more nuanced portrait of the hard choices handed to rural Irish women by a man's world committed to film. Watson is sensational as the women who's watching the blinds collapse and the light emerge.

Mescal is perfect as the son who exploits and abuses her blind love. But the conclusion belongs to Franciosi as Sarah Murphy. She is fated to be the only person in town with the sense to see where she is and what it's making of her. She becomes her own way out - and she reluctantly takes it - in this unmissable and deeply involving film.

Limerick singer says she "gave it everything" after Voice UK exit