Wendy O'Hagen, from County Derry, was reunited with her father on the hit ITV show Long Lost Family in 2012, discovering that her father, Grant Williams, was a naval officer living in Albuquerque, New Mexico. 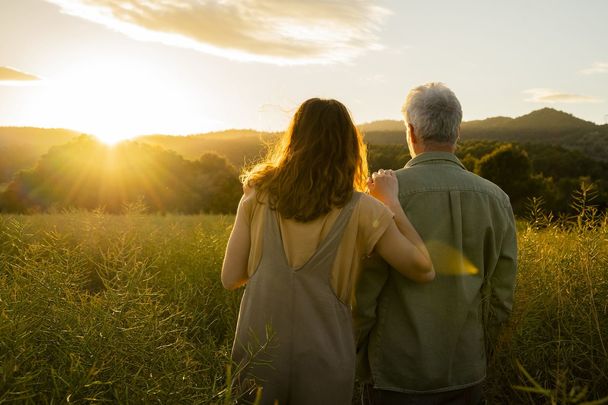 An Irish woman who was reunited with her father through a reality TV show ten years ago has tragically revealed that he now suffers from Alzheimer's.

Wendy O'Hagen, from County Derry, was reunited with her father on the hit ITV show Long Lost Family in 2012, discovering that her father, Grant Williams, was a naval officer living in Albuquerque, New Mexico.

Grant met Wendy's mother Sarah while he was stationed at an American base in Derry during the Troubles.

However, he was deported when the British authorities discovered the relationship as they believed him to be an IRA sympathizer.

Grant and Sarah exchanged letters shortly after he was deported, but they were unable to communicate after Wendy was born because the Navy intercepted Grant's letters, fearing they would threaten the delicate political situation in Northern Ireland.

Wendy, therefore, grew up without knowing her father and met him for the first time on Long Lost Family ten years ago.

She said at the time that deciding to look for her father was the best decision of her life.

However, appearing on the show ten years later, Wendy revealed that her father has been diagnosed with "rapidly progressing" Alzheimer's since they were reunited.

Wendy, now a mother-of-two, opened up about her father's diagnosis during the recent episode.

"I feel a little bit angry. You feel you've just got that person and then you're starting to lose them and that is difficult," she said.

However, she said during the episode that she wants to enjoy the time she has left with her father.

Wendy's mother first told her about Grant when she was seven years old and she never stopped looking for her father from then on.

"My mother thought maybe he had met someone else (after his letters were intercepted), he had moved on. And she continued to live with a broken heart," Wendy said.

Wendy eventually contacted the Long Lost Family team who tracked down a Grant Williams living in Albuquerque with a wife and five children.

Grant explained his deportation during an appearance on Long Lost Family in 2012.

"I met this girl, Sarah. Sarah lived on the south side of the border, and where I was working was on the north side. I think I got under a little suspicion for how much time I spent over there," he said.

"Under suspicion from the British Army or the constabulary. They thought: 'IRA sympathizer'."

One night, when Grant was driving Sarah home, he was stopped by British soldiers.

"There's a knock at the window, a soldier asked me for my ID, opened the door, dragging me up, beat me in the streets, they put me in the back of a vehicle and put me in a jail."

His superiors removed him from Derry on the same night and gave him orders not to contact Sarah again, he explained.

However, he gave Sarah his address and the pair exchanged letters shortly after Grant was removed from Northern Ireland, with Sarah informing him of her pregnancy via letter.

"I wrote her that I wanted to come back, my last letter was never replied to," Grant said, stating that he thought Sarah had forgotten about him.

"I thought I was just off their radar, that they had forgotten about me and went on with their lives and I was just a bad memory."

He revealed that he began looking for Wendy ten years before their reunion but didn't have enough information to go on.

Although the pair enjoyed a tear-filled reunion, Wendy admitted that she found it difficult to form an emotional connection with her father in the early days of their relationship.

"I think initially, I met a stranger. I met my father and I knew that I was his daughter because I see myself in him but I thought for me emotionally, the connection is not there."

She added that it "didn't feel right" when Grant told her that he loved her.

Eventually, Wendy confronted Grant and asked him why he loved her.

"You have to remember, I've always loved you," Grant told her, revealing that he had kept her first pair of baby shoes that had been sent by Wendy's mother accompanying one of her last letters to him.

"I was so shocked: these were my first pair of baby shoes. My mother actually sent them to him, on the ship," Wendy said.

"At the bottom, was my baby tag, from the hospital. This was extremely emotional for me. It just proved how much he cared."

On This Day: Irish American Hollywood star Gene Kelly was born in 1912