Post-Emmy Awards the Oscars race begins - Who are the Irish in the running?

We may be six months off from the Academy Awards in March 2018, but plenty of Irish actors, actresses, and movies are already being tipped for nominations. 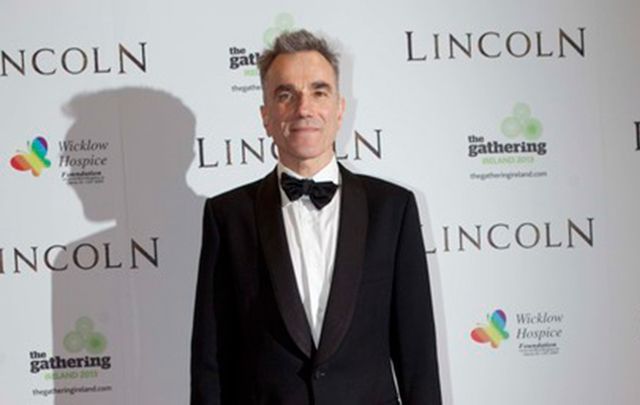 While the 60-year-old has since taken his leave from acting, Daniel Day-Lewis still has one performance left to thrill us with, “Phantom Thread. RollingNews.ie

As the race for the Oscars begins, we look at the Irish actors, actresses, screenwriters, and Irish movies that could be bringing home Academy Awards in 2018.

Although the next Academy Awards don’t take place until March 2018, with the announcement of the Toronto Film Festival’s People's Choice Award going to Irish writer Martin McDonagh’s “Three Billboards Outside Ebbing, Missouri,” the race to the Oscars has already more or less started and there are plenty of Irish actresses, Irish actors, Irish writers, directors, and movies that could pick themselves up at least a nomination this year.

We look at some of the most hotly rumored possible Oscar nominations this year and their Irish links:

Will it be third-time lucky for New York-born, Co. Carlow actress Saoirse Ronan? The 23-year-old is already a two-time Academy Award nominee, having received a nomination for Best Actress in “Brooklyn” in 2016 and a Best Supporting Actress nomination for her role in “Atonement” in 2008, when she was only 14-years-old (making her one of the youngest actors to ever be recognized by the Academy).

Just this week, Hollywood heartthrob Ryan Gosling heaped praise on the young Irish actress, calling her a “genius” and comparing her talent to that of Academy Award-veteran Meryl Streep's.

This time around, Ronan is playing a different role to those in “Brooklyn” and “Atonement,” appearing alongside Laurie Metcalf as Christine 'Lady Bird' McPherson, a high school student desperate to grow up and leave home for a more exciting life.

Several critics have already been gushing about Ronan’s performance with Variety claiming that it "further cements her as one of the great actresses of her generation.” Could this be Saoirse’s year?

London Irish playwright, screenwriter and, film director Martin McDonagh has already had plenty of success with his hit film “In Bruges,” but Oscar buzz around the director is steadily mounting this year thanks to his latest contribution “Three Billboards Outside Ebbing, Missouri.”

The movie received a ten-minute standing ovation when at its world premiere at the Venice Film Festival earlier this year. “Three Billboards Outside Ebbing, Missouri” also took home the People’s Choice Award at the Toronto International Film Festival, an award that previous Best Picture Oscar winners “12 Years a Slave,” “The King's Speech,” “Slumdog Millionaire” and “American Beauty” also claimed. In fact, only one People’s Choice winner in the last decade has failed to secure a best picture Oscar nomination.

Starring Frances McDormand, Peter Dinklage, and Woody Harrelson, McDonagh’s new movie is a dark comedy about Mildred Hayes (McDormand), a grieving mother who uses three billboards outside her town to send a controversial message to the local police, who have failed to arrest her daughter’s killer.

If McDonagh is in luck this year, he would be taking home his second Oscar having come out on top as Best Live Action Short in 2006 for “Six Shooter” starring Brendan Gleeson.

Irish animation studio Cartoon Saloon, based in Co. Kilkenny, is no stranger to Oscar nominations having previously secured best feature animation nods for “Song of the Sea” and “The Secret of Kells.” This year their Irish-Canadian co-production of “The Breadwinner,” produced by none other than Angelina Jolie, could be Ireland’s greatest hope of bringing home an Academy Award.

Adapted from a novel by Deborah Ellis, the animated movie tells the story of an Afghan girl who is forced to disguise herself as a boy in order to support her family.

They certainly have their work cut out for them as an independent animation studio going up against the big guns, but with Jolie on board it’s hard to see how it can be ignored.

While the many Irish actors appearing in “Dunkirk” may not be singled out for a nomination for their performance in the Christopher Nolan movie, it’s hard to deny that the World War II drama was a great showing for Irish acting, with favorite Cillian Murphy in a leading role and up-and-coming Dublin actor Barry Keoghan also gaining further exposure as he dons a convincing English accent.

Other Irish actors included Kenneth Branagh, who was born and raised in Belfast until he was nine years of age.

“The Killing of a Sacred Deer” – Best Original Screenplay

So far, 2017 has been something of a breakout year for Irish actor Barry Keoghan. The 24-year-old was listed by Variety as an actor to watch after he appeared in “Dunkirk” and upcoming movie “The Killing of a Sacred Deer” is set to propel him even further into the limelight.

Colin Farrell also stars, teaming up once again with Greek director Yorgos Lanthimos with whom he worked on “The Lobster.”

Developed by Element Pictures in Dublin and supported by the Irish Film Board, both Keoghan and Farrell are said to give absolutely chilling performances. The general grimness of the whole movie may not bring it Academy recognition for anything other than Best Original Screenplay, however. It was a joint winner of the award for Best Screenplay at the Cannes Film Festival.

Could Daniel Day-Lewis be an Irish Oscar winner in 2018? Image credit: RollingNews.ie

Could there be a fourth Academy Award for Best Actor waiting in the wings for joint British-Irish citizen Daniel Day-Lewis? While the 60-year-old has since taken his leave from acting, Day-Lewis still has one performance left to thrill us with “Phantom Thread, set for release later this year. A film by Paul Thomas Anderson, with whom he did 2007’s “There Will Be Blood” (and for which he won his second Oscar), Day-Lewis committed to promoting the movie before officially entering full-time retirement. What better way to end his career than with his sixth Oscar nomination!

While its leading actors Sally Hawkins and Ethan Hawke are the ones being singled out by critics for a Oscar nominations, “Maudie” was directed by Irish woman Aisling Walsh, director of “Song For a Raggy Boy.”

The movie tells the true story of Canadian artist Maud Lewis who battled through crippling arthritis to become a painter who even Richard Nixon wanted work from. Hawke plays her employer and later, her husband who inspired her work.