Kim Kardashian is a Bridgerstan – a superfan of the Netflix mega-hit series Bridgerton – says Nicola Coughlan, one of the stars of the show. 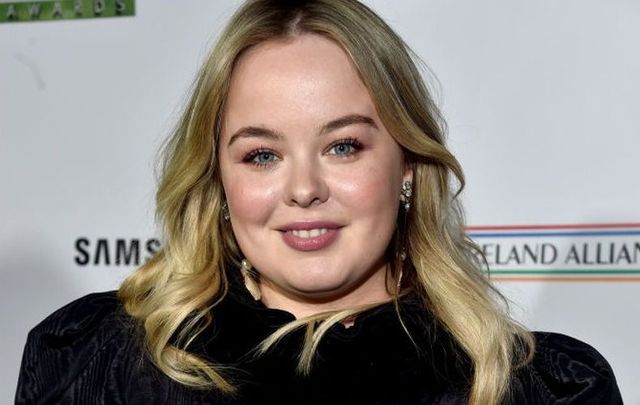 Galway-born Nicola Coughlan spoke to the U.K. version of Elle magazine last week in the run-up to Sunday night’s Screen Actors Guild Awards which were held virtually.  Kardashian said she started watching Bridgerton last month, a few weeks after Nicola urged her to do so via Twitter.

“I was so excited because I've always been a big fan of Kim and I love (Keeping Up With the Kardashians) so that just absolutely thrilled me. I remember waking up and looking at my phone one morning and seeing it on her Instagram. I thought, ‘Oh my goodness, Kim's a proper Bridger-stan now, she's really into it,’” Nicola Coughlan said.

The 34-year-actress, also a star of the hit series Derry Girls, got all glammed up for the Screen Actors Guild event, which nominated Bridgerton for best ensemble cast (though the show lost out to The Crown.)

She looked pretty fabulous in a Christian Siriano-designed gown and all the trimmings and watched the show from the comfort of a London hotel.  Virtual events are a bit easier to handle as far as stress levels, Nicola says.

“When they're in real life and you have to stand in front of a bank of photographers, I don't think that will ever not be terrifying. But for the virtual ones, it's been okay, because there's a bit more safety. But yeah, they definitely can be nerve-wracking but they're always fun,” she says.

Bridgerton is the most popular series ever aired on Netflix, with 82 million households watching during its first 28 days on air.  Filming for season two is due to get underway this spring, and Coughlan is down to return as Penelope Featherington.  Fans of the show got a shock to the system last week when it was revealed that breakout star Rege-Jean Page won’t be back for another turn as the Duke of Hastings.

Nicola says all will be fine, though. “Season one was just the tip of the Bridgerton iceberg, just you wait to see what we have in store.  And you can trust me, I would know after all,” she tweeted last week.