Derry actress Saoirse-Monica Jackson has been cast in the upcoming DC Comics film "The Flash." 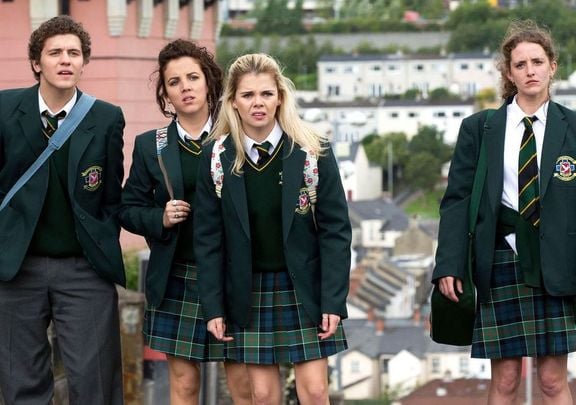 Irish actress Saoirse-Monica Jackson, who stars as Erin Quinn in the smash hit "Derry Girls," has been cast in the upcoming DC Comics superhero film “The Flash.”

Jackson has been added to the line-up for the new film in an "undisclosed role," according to a report in Variety.

On Friday, the day after the news of her casting went public, Jackson shared her excitement in a post on Instagram:

Jackson will be rubbing elbows with some big names on the new project - both Ben Affleck and Michael Keaton will be featured as Batman in the film, and Ron Livingston of “Office Space” fame has taken over for Billy Crudup as Henry Allen due to Crudup’s scheduling conflicts. Ezra Miller stars as Barry Allen, aka The Flash.

Variety reports that “The Flash” is due to begin filming this year and is scheduled for a November 2022 release.

The news comes as Jackson is preparing for the May 2021 release of her latest project “Finding You,” which follows an American college student’s blossoming romance with an Irish actor she meets while studying abroad in Ireland.

Of course, fans are waiting with bated breath for news about the forthcoming third season of Derry Girls.

"And we can't do anything involving a crowd right now, so logistically, it's really tough. But I spoke to (series creator) Lisa McGee recently and she talked me through the storylines.

“They're so brilliant, which doesn't surprise me -- she's just incredible -- but it made me want to do it right now.

"By hell or high water, we all want to make it work. If they said we could go tomorrow, trust me, we would all be there."