It may be an unlikely friendship, but Nicola Coughlan and Kim Kardashian both enjoy each other's support. 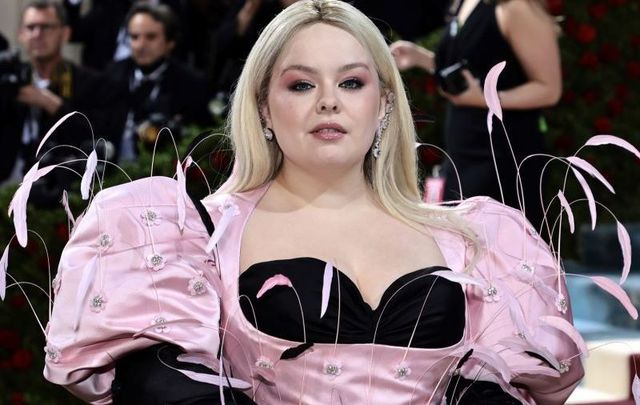 May 2, 2022: Irish star Nicola Coughlan attends The 2022 Met Gala Celebrating "In America: An Anthology of Fashion" at The Metropolitan Museum of Art in New York City. Getty Images

Nicola Coughlan, the Irish star of "Bridgerton" and "Derry Girls," is on the record as being a Kim Kardashian stan, and the feeling is mutual.

Kardashian is a die-hard "Bridgerton" watcher and reached out to Nicola during season one after Coughlan revealed that the Kardashian sisters provided some inspo for the Featherington clan in "Bridgerton."

They’ve kept in touch ever since, Coughlan told Bustle.com last week, and no doubt they probably caught up at the Met Gala on Monday night.

“I woke up one morning (in 2021) and had a DM from Kim Kardashian,” Coughlan said. “I was like, ‘What is going on?’ So weird! We talked about Bridgerton.”

“I messaged Kim to say, ‘You’re gonna do great!’ And she said, ‘Thanks, I’m really nervous,’” Nicola shared.

“I told her, ‘No, you’re gonna kill it.’  She’s so nice. I’d heard that about her from lots of different people, and I can attest to it now.”

As far as fame goes, Nicola’s not at Kim’s level but she’s definitely moving on up, as her Met Gala invite shows. Being in one hit show is a dream; two is off the charts.

The new season of "Bridgerton" dropped in March and the last go-round for "Derry Girls" started airing last month in Ireland and the U.K.

"Derry Girls," of course, is where it all began for 35-year-old Coughlan, and the attention at first was pretty overwhelming, she told Bustle.

“We were hideously ill-prepared,” Coughlan explains. “Fame is a very strange thing and can be quite an isolating experience because it’s not something that most people can relate to. I mean, there’s definitely more good than bad. But it’s certainly a challenge.”

Craic Fest is back with the Craic Session in Astoria