“Twice Shy” director Tom Ryan believes the film is more about love and less about the politics around abortion. 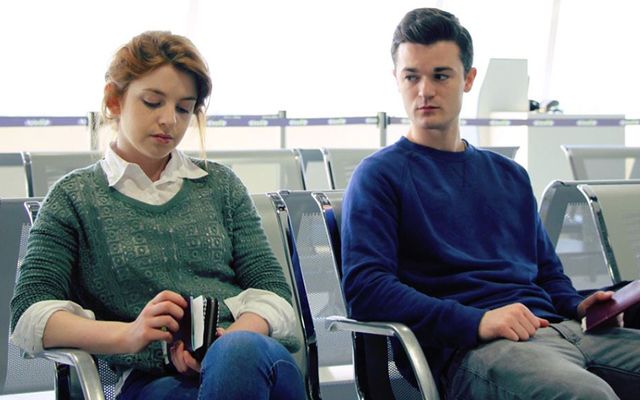 A shot of the main characters in "Twice Shy." @twiceshymovie/Twitter

Originally released in July of 2016 at Galway Film Fleadh, the film “Twice Shy” delves into a love story and the role abortion plays in the relationship. The film was released across cinemas in Ireland on June 23 of this year.

The film has some recognizable faces such as Pat Shortt, Ardal O’Hanlon, and Paul Ronan to name a few.

Don't forget, you can catch #TwiceShyMovie from all of the following cinemas (and stream it from @Volta ) from tomorrow! pic.twitter.com/zvLVk1GvHH

The director, Tom Ryan, believes the film is more about love and less about the politics around abortion. “Essentially it is a love story and the whole point of it is just to show how an abortion would affect the relationship,” he tells Independent.ie.

The film follows two young university students faced with a surprise pregnancy. The story follows their journey through abortion and the possibility of going to London to have the procedure. The Repeal movement has openly supported the film and its portrayal of abortion in Ireland.

“We’ve had support from Repeal since the film came out.  They’ve been tweeting about us and they’ve been very supportive in getting the word out there, but when we made the film we didn’t come down on any side,” Ryan tells Independent.ie.

The film has been released at a time in Ireland when the Repeal movement is gaining more and more traction. Many are saying that the film is breaking some important boundaries by having abortion a main component to the film.

Have you seen “Twice Shy”? Are you planning to? Let us know in the comments.