Mariah Carey's Christmas hit has a darker backstory than its festive melody would suggest. 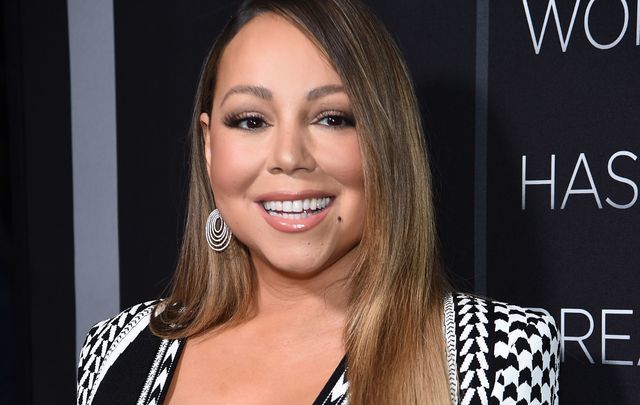 Popstar Mariah Carey has Irish roots on her mother's side. Getty Images

Mariah Carey's holiday hit "All I Want for Christmas is You" is one of the definitive songs of the holiday season, but there is a sad story behind the jaunty and upbeat festive hit.

Released ahead of Christmas 1994, "All I Want for Christmas is You" is arguably the last classic Christmas song and it has gone on to become one of the biggest-selling Christmas songs of all time, selling more than 60 million copies in its 26-year lifespan.

The song is distinguishable from its first note and simply exudes festive cheer and yet there is an untold story of sadness behind the lyrics.

Carey, whose mother is of Irish descent, was not singing about anyone in particular when she sang about "you,"  rather it was a fantasy and a means of escapism from her unhappy marriage.

Despite marrying Sony Music CEO Tommy Mottola a year before the song was released, Carey was not singing about her then-husband in the smash-hit Christmas single.

In fact, she detailed in her 2020 memoir "The Meaning of Mariah Carey" just how difficult her marriage was at the time.

Carey, who had encountered racism throughout her life on account of her biracial ancestry, married Mottola as a means of protecting her from own family, who viewed her as a bankroll, according to Rob Harvilla of the Ringer.

However, Mottola would protect her from her family by effectively locking her away in the couple's Bedford mansion in Upstate New York.

Harvilla said that the famous singer found herself under constant surveillance in her new marriage, with guards and CCTV cameras following her wherever she went in the house, while she was not allowed to leave the mansion by herself.

Mottola was allegedly uncomfortable with his wife's biracial identity and attempted to frame her as a white artist while she was under contract with Sony.

Literally trapped in a difficult marriage, Carey turned to her songs as a means of escapism, she wrote in her memoirs.

"I created the fun and free girl in my videos so that I could watch a version of myself be alive, live vicariously through her—the girl I pretended to be, the girl I wished was me," she wrote.

It just so happens that "All I Want for Christmas is You" was one of the songs that she used to forget about her own troubled marriage.

You can listen to "All I Want for Christmas is You" here: