Michael Flatley is celebrating 25 years of his Irish dance show Lord of the Dance and its enthralling encore number Planet Ireland. 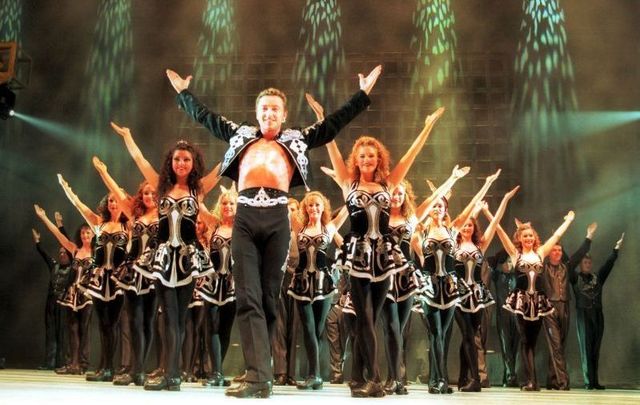 July 2, 1996: Michael Flatley with his new Irish dance show Lord of the Dance at the opening night in the Point Depot Theatre Dublin. RollingNews.ie

Irish dance superstar Michael Flatley is rightly celebrating the 25th anniversary of his ‘Lord of the Dance’ show that debuted at The Point Theatre in Dublin, Ireland on July 2, 1996.

The Irish dance show and its subsequent spinoffs would go on to gross more than $1 billion - it has become the most successful dance show in history.

Lord of the Dance debuted just over two years after Riverdance debuted at the Eurovision Song Contest, fatefully moving Irish dance into the mainstream.

To commemorate the 25th anniversary of Lord of the Dance, Flatley released a video on July 2 which summarizes the chances he took to pursue his dream and the massive, inspiring payoff.

It also features a glimpse at the 25 years of standing ovations that the show's encore number Planet Number ushered in.

The caption to the video says: “Today, July 2nd, 2021, is the exact 25th Anniversary date of Michael Flatley's Lord Of The Dance.

"And this video is a love letter to you. Because whether you're a fan, a performer, or a crew member -- past or present -- you helped make this the most successful dance show in history.

"You know the statistics. Over one billion dollars grossed. Seen live by over 60 million people. Outselling tours by U2 and the Rolling Stones. The records go on and on. But this video isn't about numbers.

"This video is about the magic of a place called Planet Ireland.

"This is the story of an artist who took an obscure folk dance, created a new art form and genre of entertainment out of it, had it taken away from him, and fought back against impossible odds to even greater success.

"It's the story of a timeless drama, told through dance, about good versus evil and love versus lust -- a story that came from the mind of an 'uneducated' blue-collar construction worker.

"It's the story of literally thousands of artists, performers, and crew alike, whose adventures and memories all make up the tapestry of this saga, from the handpicked 1996 OG Troupe dream team to the New Generation of today.

"Planet Ireland is real. The magic is *real.* Twenty-five years of standing ovations. Every night, a live outpouring of positive high energy between audience and performer, like nothing else ever seen.

"Lord of the Dance isn't just a stage show; it's an *experience.* It reaches deep into people and pulls out raw emotions in big, bold primary colors.

"For this special 25th Anniversary supercut, we have incorporated *seven* Lord of the Dance performances:

"Different eras. Different stage sets. Different performers. But all part of the same magic: the magic of Planet Ireland.