McGregor: Fighting Irishman loses in ten rounds but does himself proud

Floyd Mayweather defeats Conor McGregor by 10th round TKO. Irish MMA star was exhausted at the end as the champ boxer poured on the shots. 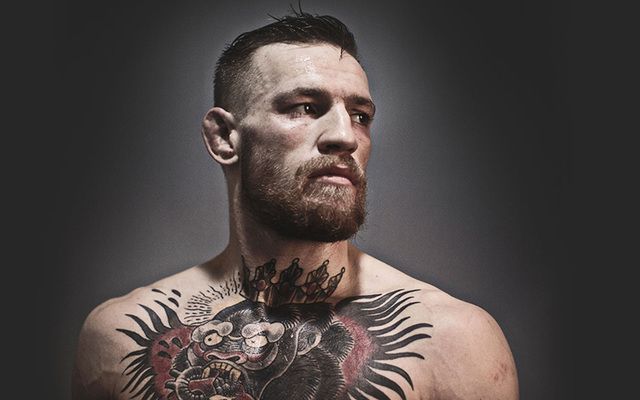 The Irish MMA sensation, who is the UFC lightweight champion, took on the twelve-time, five-division pro boxing world champion at the T-Mobile Arena and did himself proud.

Reaction from Conor McGregor after the fight:

Floyd Mayweather defeats Conor McGregor by 10th round TKO. McGregor was exhausted at the end, and Mayweather poured on the shots and gave Robert Byrd no option but to intervene and end the contest. McGregor gave it one hell of a shot, but it was not to be.

Mayweather now moves to 50-0, the first fighter to ever reach that mark.

Both men look tired but Mayweather is pouring it on, hurting him badly, and the referee Robert Byrd stops the fight. It’s all over.

McGregor hurt Mayweather with a body shot, but the referee ruled it a low blow. McGregor is throwing a lot of punches that don’t seem to hurt Mayweather, and it is the latter who is landing the power shots. Mayweather hurts McGregor badly with a right hand and the Irishman is on shaky legs. He holds on to his opponent for dear life and looks out on his feet. McGregor barely makes it out of the round.

Mayweather seemed to turn his back to McGregor again. The Irishman lands one nice shot, but Mayweather agains walks down his opponent and is the aggressor. McGregor rallied with some nice shots in the last minute, but this was a very close round with both men having good moments in the stanza.

We are now in the second half of the fight. Again it is Mayweather, the famed counter puncher, walking down McGregor and landing hard rights. There seems to be a little less pop on McGregor’s punches, is he tiring? Mayweather snaps McGregor with some right hands. McGregor is fighting more with his hands down and has to rely on his reflexes. McGregor looked a little gassed at the end of the round.

Both men are manhandling each other and roughing the other up. Mayweather is walking down McGregor, who is employing some good head movement to avoid shots. There was a lot of holding and clinching in the fifth, and after the bell, Mayweather pushed McGregor in the chest.

McGregor starts the round strong and unloads on Mayweather against the ropes. The American indicated that he was hit under the belt but did not seem hurt. Mayweather landed a nice left and is upping his volume of punches. Mayweather is targeting McGregor’s body a lot and staring to walk McGregor down. This could be a turning point in the fight.

McGregor is warned again by referee Byrd for throwing hammer fists. McGregor is trying to manhandle Mayweather more. The fighters almost clashed heads midway through the round. The Irish man found a home with some sharp jabs in the third, but Mayweather threw some solid body shots on McGregor in the last minute of the round.

Again, Mayweather is working off the ropes. McGregor is warned for punching on top of the head. Mayweather looks very relaxed. McGregor switched his stance mid-round and again is much the busier fighter. Mayweather is not throwing many shots, and his inactivity is giving McGregor some momentum in the fight.

McGregor goes straight on the front foot. Mayweather is working from the ropes, and looks pretty relaxed. McGregor showed off a bit and put his hands behind his back. Both men are feeling each other out and not over committing. Mayweather has been able to dodge all of McGregor’s shots, but the big shot of the round was an uppercut from the Irish man, which might have won him the round.

And there's the opening bell.

Here is a clip of Mayweather's ring walk.

Mayweather is making his way to the ring all clad in black, and he appears to be wearing a balaclava.

"The Foggy Dew" plays in the background. McGregor is wearing white shorts with gold trim.

First up, it’s Conor McGregor, with the Irish tri-color draped over his shoulder.

Showtime’s Jimmy Lennon Jr. is on the mike and is now making the fighter announcements.

First up its the Irish national anthem, Amhrán na bhFiann, from Imelda May followed by the Star Spangled banner, which will be sung by Demi Levato.

We are now in a bit of a holding pattern. Lots of analysis. Here's McGregor getting gloved up:

In the final fight before the main event, Gervonta Davis defeated Daniel Fonseca by 8th round KO.

Davis appeared to hit his opponent behind the head, and Fonseca hit the canvas. Fonseca went down and did not beat the count. Davis was not a very popular winner with the crowd tonight.

The next fight is the one we have been waiting for.

There are some frustrated fight fans who can't get their PPV right now. Check it out.

We r in panic mode / Waited all day for PAY PER VIEW OF FIGHT / not getting it & we can't get anyone on the phone ! pic.twitter.com/oTnandYpHU

MMAFighting.com’s Ariel Helwani chimes in on this potentially worrying development for the promoters of the fight:

Broadcast is "stalling" the progression of fight night due to PPV crashes, Sal Pal reports on SC. Second-to-last fight is on now.

ESPN's Sal Palantonio reporting that they are delaying Mayweather-McGregor fight to deal with PPV issues.

McGregor tells Jim Gray of Showtime that he thinks he weighs close to 170 pounds, but that he did not check.

“I’m all business on fight night. I do not care about his records or achievements. A fight is a fight,” says a composed and focused McGregor.

On what he sees happening: “I see me truly outclassing this man, and putting him to sleep.”

On how he will do it: "I'm going to go out, be myself, be free, be spontaneous, and paint a beautiful picture.”

"I do not care about his records or achievements. It's man vs man." @TheNotoriousMMA #MayweatherMcGregor #ConorMcGregor pic.twitter.com/EyhHjGRkXj

McGregor is getting his hands wrapped while still clad in his suit.

Conor McGregor getting his hands wrapped in a tie and vest #MayMac pic.twitter.com/2sNvkeVXPi

Meanwhile in the T-Mobile Arena, Badou Jack has just defeated Wales' Nathan Cleverly by fifth-round TKO to win the WBA light heavyweight belt. Just one more fight before the big one!

Conor McGregor just arrived into the T-Mobile Arena, and it looks like he shaved his head for the fight. He was accompanied by girlfriend Dee and their baby, Conor Jr., in a stroller.

.@TheNotoriousMMA has arrived for #MayweatherMcGregor!

Floyd arrived some 40 minutes ago, dancing and looking relaxed.

Niall Horan is supporting his compatriot.

In the first fight on the pay-per-view undercard, Andrew Tabiti defeats Steve Cunningham by unanimous decision in an underwhelming fight.

Let’s hope the action in the main event is more exciting.

Due to overwhelming traffic you may be experiencing log in issues. This will be resolved shortly.

The pay-per-view has started, we are getting closer to the big fight.

The man in the middle for the main event tonight is Robert Byrd, who is no stranger to big fights. Byrd was the referee for the Ward/Kovalev 2 fight in June, which Ward won via 8th round TKO.

Both fighters were reportedly happy with this choice. Byrd’s wife, Adalaide, has adjudicated MMA fights in the past, so there is a history of involvement in both combat sport codes in the Byrd family.

Oh, and in case you are wondering who will sing Amhrán na bhFiann later on, wonder no more:

Here's the news! I’ve been asked to perform the National Anthem ahead of the #mayweathermcgregor fight in VEGAS!??Let’s go McGregor!! ?????

Judging by these tweets, his legions of Irish fans are having a real go at fulfilling his words.

More crazy Irish fans here in Vegas after the #MayweatherMcgregor weigh in pic.twitter.com/GJa5oU7Noi

Safe to say the ??Irish are having fun in ??Vegas! #McGregor #Mayweather #MayweatherMcGregor pic.twitter.com/bFqoeLtbWs

Here is Mick Konstantin singing the song that that he penned for this super fight.

When Team McGregor got wind of the tune, they arranged to bring the 24-year-old songwriter from Dublin out to Las Vegas to attend the fight. He regaled some fans yesterday with this rendition of the song:

Dan Rafael of ESPN reports that the Nevada State Athletic Commission released the official fight purses for each of the fighters in the main event on Friday night. The numbers are off the charts. Here you go:

This is the fight fee only. Both men will get a cut from the pay-per-view sales as well. It is widely expected that this fight will surpass the record 4.6 million buys of the 2015 fight between Mayweather and Manny Pacquiao. These guys are gong to be rolling in cash after this fight is done.

After all the hype, and there was some amount of hype, it’s almost time for both men to let their hands do the talking.

Let’s take a look at McGregor at the weigh-in.

Here are some shots from Showtime of the weigh-in. (Check out Mayweather’s Paddy Power Always bet on Black briefs, what a touch!)

Yesterday’s weigh-in saw Floyd Mayweather Jr. tip the scales at 149.5 pounds, while McGregor came in at 153 pounds. The contract weight for the fight was the light middleweight limit of 154 pounds. It’s not unusual for Mayweather to come in light, as his optimum fighting weight is around the 150 mark. McGregor, though, came in a full pound under the limit. Has he overtrained, or has his team tapered his training just right?

After rehydrating, McGregor is reportedly set to walk into the ring at near 170 pounds, and we'll see if he uses that size to try and manhandle Mayweather or not.

Will it be a one-sided beatdown for the 49-0 American, or will McGregor somehow shock the world. We'll find out later! Stay tuned for updates over the course of the evening!

The boxing match will be a 12-round contest, which will be shown in more than 200 countries and territories. Over the past few days private jets have reportedly been ferrying celebrities to Vegas. There are also reports that bets worth more than a million dollars have been placed.

It’s all to play for but who do you think will win? Take IrishCentral’s poll here and see if you and the rest of our community are in agreement!

Of course, Notorious McGregor has vowed he will win within two rounds and even Mayweather has speculated that due to his years out of the ring the fight could lean towards McGregor.

Bookies, who are saying that this is shaping up to be one of the most heavily wagered boxing matches in history, are getting 12 bets on McGregor for every one on Mayweather, but the amount of money is stacked in Mayweather's favor, so it's still a tough call.

McGregor seemed to be feeling pretty confident on Thursday commenting that he was going to ruin Mayweather’s run of 49/0.

Check out his video here:

For the past month IrishCentral has been covering stories on Conor McGregor and his support group. We got you covered:

- What you need to know about Conor McGregor

- Conor McGregor's fight record: How many times has he won and lost?