The middle child in the McGregor clan is one of her brother's biggest fans. 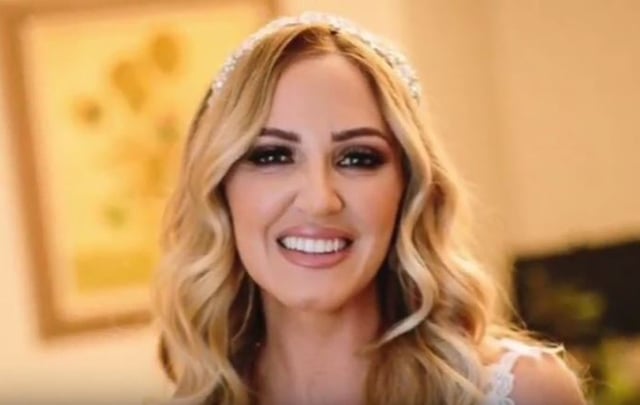 Aoife McGregor on the day of her wedding. Clear Skin / YouTube

On top his loyal fan base Conor McGregor has always been able to count on his family to be by his side. Ever since McGregor's first professional fight in Dublin 2007, his older sister Aoife has been in his corner. Aoife is the middle child with Erin being the eldest of the McGregor clan. The McGregor kids grew up with their parents, Tony and Margaret, in the Dublin suburb of Crumlin. What do you need to know about Aoife McGregor?

Aoife's December 31 2016 marriage to former marijuana dealer Mark Elliot was well documented on social media. The Sunday World reported that the couple was married at the Powerscourt Hotel in Enniskerry, County Wicklow, just south of Dublin. From there, the newlyweds jetted off for a honeymoon in the Maldives.

In 2009, Mark Elliot was found with a large quantity of marijuana in his home

The Sunday World reported that in 2009, Irish police raided Elliot's home in Lucan in west Dublin. There, cops found nearly $50,000 worth of cannabis herb. That find resulted in Elliot being sentenced to six years in prison with two years suspended. Elliot walked out a free man in June 2013. The same Sunday World article says that Elliot has gone legit. Elliot runs a business that rents mini diggers to the public. Aoife McGregor also works at the company. Like the McGregor family, Elliot grew up in Crumlin.

Tony said of his daughters, "I think every father worries about the girls until they're in stable relationships with a decent partner, and mine are. I have a great relationship with my daughters and am sort of a young dad so I can party occasionally with them. Raising children is a formidable challenge, and I just did my best with my three."