It's possible that Conor McGregor got his love of the gym from his eldest sister. 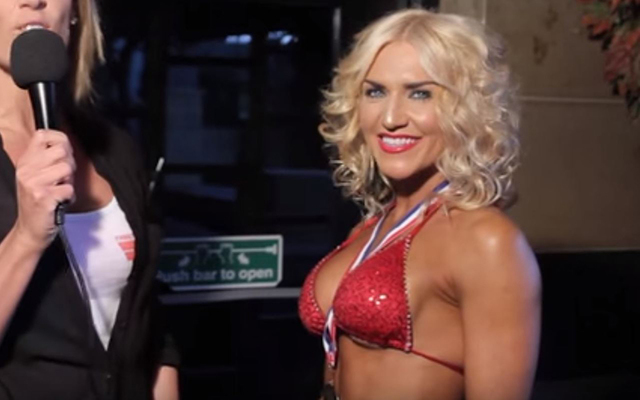 It's possible that Conor McGregor got his love of the gym from his eldest sister. The Notorious' sibling Erin McGregor is also a gym rat. Erin competed as a bodybuilder in her youth in Dublin. In total, Tony and Margeret McGregor had three children, Erin, Aoife and Conor. That makes the UFC star the baby of the family. They all grew up in the south Dublin suburb of Crumlin.

What do you need to know about Erin McGregor?

Erin is the proud mom to two kids

Tony McGregor, told the Irish Independent in a June 2016 feature that Erin is the proud mom of two kids. Erin has a teenage daughter named Taylor McGregor. Tony referred to his granddaughter as a "great kid" while also saying that he doted over the teenager. Erin gave birth to her second child, Harry, in the summer of 2016.

Tony said of his daughters, "I think every father worries about the girls until they're in stable relationships with a decent partner, and mine are. I have a great relationship with my daughters and am sort of a young dad so I can party occasionally with them. Raising children is a formidable challenge, and I just did my best with my three."

Erin introduced Conor to 'The Secret'

Much has been made of Conor's love of Rhonda Byrne's 2006 self-help book, "The Secret." He has credited the book with helping him to envisage success while he was on social welfare in Ireland in his teenage years.

A 2015 Bleacher Report feature says that Erin got the book from a friend. That pal had regularly recommended books to Erin. After reading, Erin turned Conor on to the book. She says that he scoffed at the law of attraction book. It was only after Conor had a rough day that he and his girlfriend Dee Devlin watched the DVD of the book. Thus, the Notorious Conor McGregor was born.

Read More: Get the full story on the love of Conor McGregor's life here

In May 2015, Erin told the Sunday World about the "sacrifice" it took to become a bodybuilder. "I was totally naive going into the bodybuilding scene. There is a huge amount of sacrifice. It was only after I began to compete that I turned to my mam one day and said: 'Now I truly understand how hard Conor works."

Erin hasn't competed since 2013 and doesn't know if she'll go back to the sport. She told the Sunday World, "You are critiqued on stage and that can be difficult. After months of training, someone is telling you that your legs aren’t big enough, your arms aren’t big enough, that you’re not good enough."

As per the Irish Independent feature, Erin now works as a freelance hairdresser in Dublin. It was Erin's skills that the brought the world Conor's infamous man bun. Erin told the Sunday World, "Everyone loves Conor’s hair and so many men want it. It’s so funny. It’s great to be able to express my creativity through him." Erin added, "[Conor] is very stylish, always has been. It runs in our family.

A regular at her brother's fights, Conor rewarded Erin's loyalty with a BMW in 2015

Nothing like a clean car on a beautiful sunny day ❤️and nothing like a brother who buys u one ???@carcarecarwashvaleting @thenotoriousmma

Conor's family is usually present at his fights and Erin is no different. After missing Conor's 2015 victory over Chad Mendes, she tweeted a photo of her brother saying, "We did it." Attached was a picture of her hugging Conor. Shortly after that bout Conor gave his sister a brand new white BMW. Erin tweeted, "I'v the best brother ever. Thank you Conor McGregor."

Erin is in a relationship with Harry's father, Terry Kavanagh. According to his Instagram page, Terry is an aspiring ring announcer and musician in Dublin. Terry is a regular feature on his girlfriend's social media feed. On his own pages, Terry has posted photos of him announcing at MMA events in Ireland. Terry has also posted pictures of himself playing guitar.

Erin is a big fan of her brother's fans

During her Sunday World interview, Erin took the time to compliment her brother's fans. She said, "The Irish fans are just amazing, they are with you 100 percent, every chant, every scream. Their energy alone gives you goosebumps." Erin added, "Vegas is unbelievable when the Irish there. The won't know what to do with us."