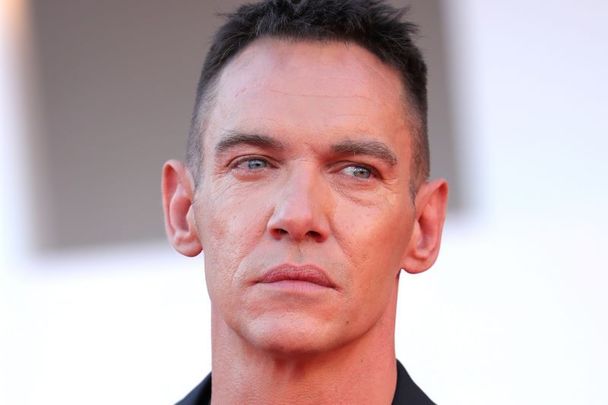 September 8, 2021: Jonathan Rhys Meyers arrives on the red carpet of the movie "Freaks Out" during the 78th Venice International Film Festival in Venice, Italy. Getty Images

The Cork actor recently unloaded his home in the Hollywood Hills for $2.35 million, after a bidding war escalated the price from the $1.85 million ask.

The two-bed, two-bath pile, according to the website American Luxury, went to contract in only two weeks. The buyer must have been impressed with the kidney-shaped pool surrounded by lovely landscaping, and the open floor plan.

No word on where Jonathan Rhys Meyers, his wife Mara, and son Wolf are hanging their hats now, but he’s got a few projects coming up. Look out for him in "The Good Neighbor," a thriller that opens in theaters and on-demand on June 17.

A synopsis of the thriller says: "A nightmarish evening unfolds for neighbors David (Luke Kleintank) and Robert (Jonathan Rhys Meyers) when they accidentally hit a woman on her bike and flee the scene. While David is increasingly plagued by feelings of guilt, Robert shows no remorse and becomes overbearing and possessive. When David meets Vanessa (Eloise Smyth), the victim's sister, he submits to a reckless passion and underlying sense of redemption before realizing Robert will do unspeakable things to protect their secret."

Then there’s "97 Minutes," an airline hijack thriller in which Meyers co-stars with Alec Baldwin. That one started filming in February in the UK; it's Baldwin’s first job after he accidentally shot dead Halyna Hutchins on the set of his film "Rust" in New Mexico last October.