Jonathan Rhys Meyers is still struggling with his demons

It's been a long, hard slog versus addiction for Jonathan Rhys Meyers, and unfortunately the Golden Globe winning actors demons got the better of him on Sunday in Miami/Los Angeles. 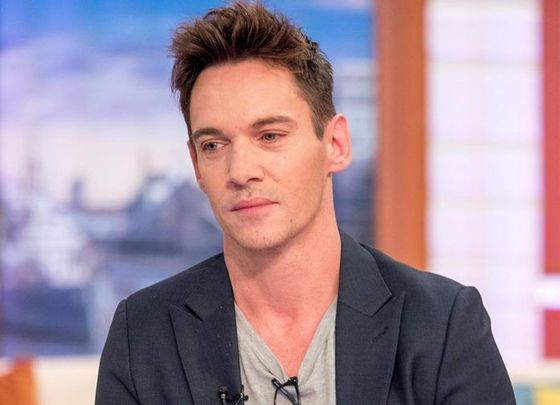 It's been a long, hard slog versus addiction for Jonathan Rhys Meyers, and unfortunately the Golden Globe winning actors demons got the better of him on Sunday in Miami/Los Angeles.

The better news, though, is that he has an angel of a wife, Mara – also mom of their 18-month son Wolf -- who is sticking by his side and seems more than ready for the constant battle.

JRM caused a ruckus on Sunday on a flight from Miami to LA. Mara and Wolf were with him, and according to TMZ, Jonathan was drunk on the flight and lit an e-cigarette which is illegal.

Making matters worse, he was “verbally abusive to his wife after getting into an argument with her. We're told the tirade was laced with profanities and upset other passengers,” TMZ reported.

A bunch of cop cars were waiting on the LA tarmac to apprehend Jonathan, but he was ultimately released without charge. On Monday afternoon, Mara posted a heartfelt Instagram post detailing her family’s tough struggle against addiction.

“8 months of sobriety and an unfortunate day of airline travel. We were in South America specifically working holistically through anger issues that result in these kinds of episodes. When in it... he is not in a frame of mind where he can really even comprehend the repercussions and necessary response to his own actions,” Mara wrote.

'He is extremely sorry' - Jonathan Rhys Meyers' wife opens up about 'sobriety and unfortunate day' after 'verbal altercation' on flight https://t.co/WnvV6PArKA pic.twitter.com/YosZx54F5x

“J IS extremely sorry for any inconveniences caused to anyone traveling yesterday. There was no argument, just me asking him to not use his e cig per stewardess’ request to me and him not being himself, speaking very very unkindly. It was out of his character. It was unbeknownst to me anything that happened on flight, as I was with my son with a privacy wall up.

“We are home safe and he is feeling deeply sorry for any remote disrespect afforded to me, attendants, onlookers or officers. Thank you for your compassion on this ongoing battle with addiction we are in.”

A struggle many can deeply sympathize with, and hope that they can overcome.