Jonathan Rhys Meyers is back in "Yakuza Princess"

Based on the graphic novel, this is a moodily lit very obviously Bladerunner-inspired tale of a Japanese crime family that is ruthlessly cut down by their cruel competitors. 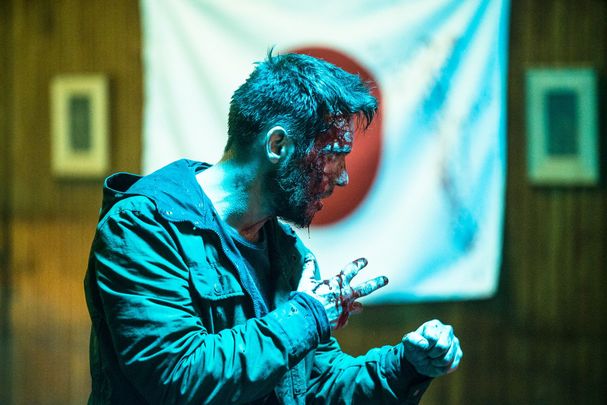 Fame and fortune aren't always a cure for your problems, in fact, sometimes they just add to them. Take Irish actor Jonathan Rhys Meyers, 44, who you can catch this week in his atmospheric new crime-land caper Yakuza Princess.

On paper, the Cork-born Jonathan Rhys Meyers has it all, a successful actor, model (for Hugo Boss), and musician, his breakthrough roles are already among the best committed to screen this century by an Irish actor.

But behind the scenes his behavior and drinking started becoming tabloid fodder, making many worry about the trajectory of his personal life. However, in more recent times fatherhood and his own determination to get back on track have flipped the narrative and he's back doing what he does best, playing a lead in atmospheric thrillers that remind you how he became a star in the first place.

Based on the graphic novel of the same name by Danilo Beyruth, Yakuza Princess is a moodily lit and very obviously Bladerunner-inspired tale of a Japanese crime family that is ruthlessly cut down by their cruel competitors, but the only mistake they make is to leave the surviving heiress alive.

Set in Sao Paulo’s bustling Japanese district, the film leans in heavily into Rhys Meyers action hero credentials and we soon learn he's as nimble with a samurai sword as with a gun.

The princess in the title turns out to be the Japanese American singer Masumi in her very accomplished debut screen role. Rhys Meyers meets her first as an amnesiac who can't remember his own name but who somehow still knows all the martial arts moves of a hired assassin, an intriguing mix of abilities that keep you wondering if he's her friend or foe for most of the film.

Yakuza Assassin knows what it is in other words, a blood-red cinematic splatterfest about revenge and honor and whether you should seek either in a world this corrupt, but it never really rises above the martial arts thriller formula to say anything grander or engage us more deeply.

Fans of Rhys Meyers will be glad to see him back in action in a vehicle that could very well do the kind of sleeper box office that genre films of this kind can surprise often Hollywood with. All the elements for a hit are there, included the wounded hero or is he a villain, the haunted daughter raised never to know the truth about her murdered family, the leering bag guy who kills people with less thought than it takes to squash a bug.

It's just strange to see the basic setup of low-budget 1970s style kung fu films playing out in 2021. We don't learn much about the Japanese community the film is set among or even the people that Masumi's character meets with on her way to her destiny, and the truth is by the film's end is we don't learn all that much about her either.

Another question I had was who's story is this and that question isn't quite answered by the final reel. Rhys Meyers is believable as the man who has taken so many hits that he's forgotten when they started, and it is good to see him back onscreen in the kind of thriller that will almost certainly amplify his box office cred. 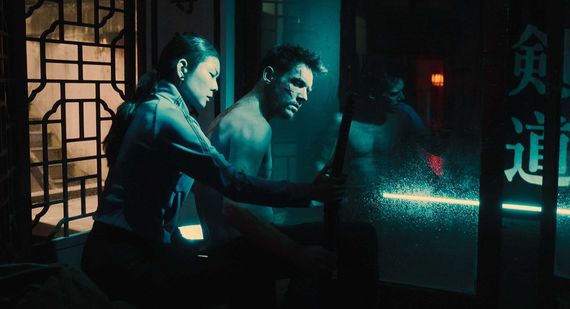 Masumi and Jonathan Rhys Meyers star in this atmospheric thriller.

Yakuza Princess isn't an exploitation film in the manner of a 70s grind-house but it's not exactly a deep dive into the largest emigrant community of Japanese people outside Japan in Brazil either. What it wants to do is pull you into a murky world of not quite discernible good and evil and let you make your own mind up about what you see.

You have seen these kinds of situations and characters in a hundred movies before now, and God knows you've seen the basic plotline, but what makes this action film worth your time is the sheer quality of the acting and set design.

Yakuza Princess is fearless and gritty and often visually terrific to look at (and occasionally it's even ravishing) and that in itself is a thing worth praising in this direction by audience survey era.

Yakuza Princess was released in U.S. theaters and on VOD on September 3.