Irish actress Jessie Buckley chats about starring in 'Romeo and Juliet' with Josh O'Connor, and working with Paul Mescal. 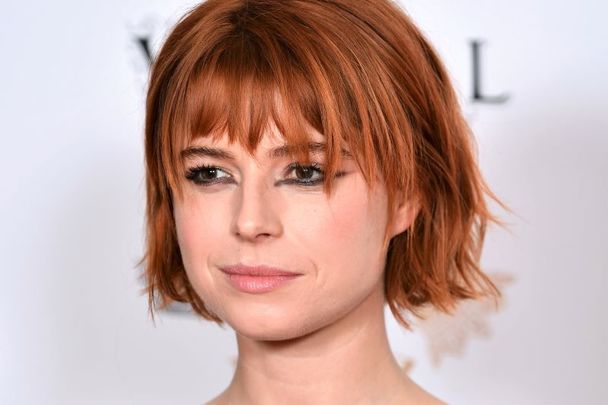 Killarney native Jessie Buckley has been busier than ever as the pandemic lingers on.

The 31-year-old actress/singer has a growing resume (Fargo, Chernobyl, Wild Rose, Judy) and consistently works with the most talented A-listers out there, but when the cameras turn off, she likes to keep to herself.

"I'm conscious of it. I think you choose the life that you want to live," she told the Irish Independent.

"I love my work and that's all that is important to me to be out there in the world. I just get on with my life. It's important for me to come away from it and be quiet."

This week, she and Josh O’Connor, the heartthrob who plays Prince Charles on The Crown, premiered their version of Romeo and Juliet on the Sky Arts network in the U.K.

(Jessie’s Juliet, interestingly, says her lines in a Kerry accent.)

Paul Mescal, who shot to fame this time last year as Connell in Normal People, is another actor who Jessie admires. Not long ago, they finished filming The Lost Daughter with Olivia Colman, and Jessie says her fellow Irish actor has his act well together.

“He's gorgeous, he's like a brother, and you're just delighted. It's so exciting when you see someone be so brilliant and be such a lovely person alongside that. And I can't wait to see what he does next. I think he's an incredible man and an incredible talent,” she says.