Spaceship of fools: Colin Farrell's 'Voyagers' fails to take off

Space really is the final frontier and we'd better hope it leads to more satisfying outcomes for humanity than the cast of Colin Farrell's new movie Voyagers discover. 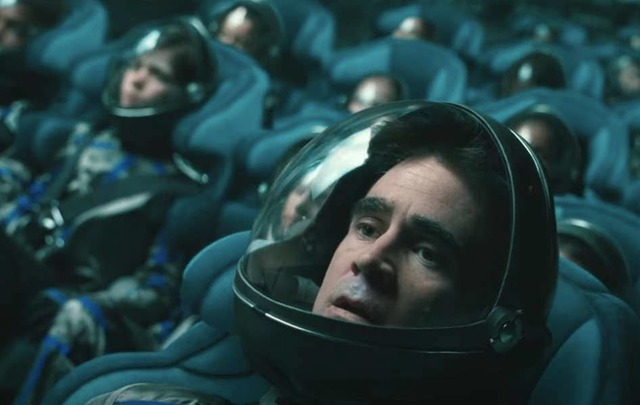 A reworking of The Lord Of The Flies in space, the film asks the question is human nature essentially creative or destructive? Whether you will want to sit though the roughly 108 minutes it takes to answer this question is an open question (I found myself frequently looking at my watch).

Written and directed by Neil Burger, the film feels closer to Ayn Rand in space than William Golding.

There's a good reason for that when ideas become more important than the characters who are having them – as often happen in this plodding, workmanlike tale – we start to lose interest in both. I mean if you don't care about the people, will you care what happens to them?

I was surprised and not surprised to see the 44-year-old Farrell's name attached to this. You can see how the central theme of the film is potentially an interesting one for him, and the talented cast gives their all to try and make it fly.

It's just that the direction doesn't have a lot of time for the characters this involves and soon they all begin to look like a science experiment gone wrong rather than a group of living, breathing people coming into conflict.

The plot is simple. It's the 2060's and the world is in climate turmoil. A space voyage is planned to a new world where humanity can hopefully start again. Young people are selected to make the journey across the stars, but because of the vast distances involved it's their grandchildren who will live to see the new world, arriving long after the original crew pass on.

Co-star Fionn Whitehead, 23, plays Zac, a talented young crew member who like the others is gently sedated by a mandatory drink they all call “the blue.” This drink inhibits the rougher parts of human nature – conflict, desire, competitiveness – but no one knows that yet.

No one except Farrell's older, wiser ship psychologist Richard. He has volunteered to keep a watchful eye on these youngsters, to keep them out of trouble and on an even keel. But before you can say I think I know where this is headed Voyagers starts heading there. 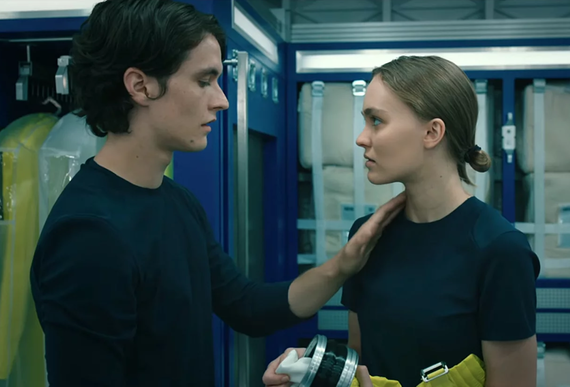 But before I ask Fionn about his character I have to ask him about his Irish name. Being called Fionn is to an Irish person what being called Apollo is to a Greek. It's a banner name. How did he come by it?

“Through my dad,” Whitehead tells IrishCentral, “because apparently I came out scowling and frowning and his words were that I came out looking like a Celtic warrior!”

The theme of Voyagers couldn't be more timely I tell him because we've just watched America go through a destructive cycle where it wasn't at all clear that the good guys were going to prevail. Does he see parallels?

“I do. I think the film poses all these questions that we will ask ourselves. Question of morality and why should you be good if no one else is? Why should you do good things? My character wants instant gratification, constantly. And he wants it as quickly as he can, and he doesn't really care about the consequences.”

That kind of attitude, where the crew's morality and fear of consequences break down, quickly takes the film into horror territory. “I think that's the biggest takeaways that you can get from my character is that you see his rapid decline, once he gets on that train."

"Once he steps on that, when he sort of opens the door to that, it's like it gains momentum and then it's really hard to stop and it kind of eats you away and it sort of throws your whole moral compass out of whack a bit.” 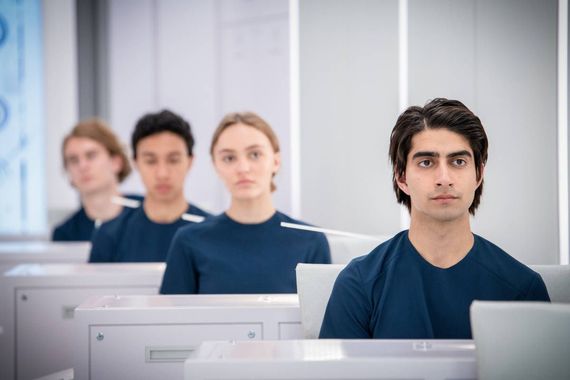 Zac's loss of a moral compass has fatal consequences for Farrell's character Richard. But just when the crew rounds on Zac and asks him to pay up for his misdeeds he turns into a smooth-talking politician, who knows how to evade all laws.

Trying to rally people based on their lizard brain rather than their ethics makes Zac sound increasingly Trump-like, a comparison from which he does not recoil.

I think is like any dictator, you know. He has a lust for power and the kind of greed and drive and will and ambition to kind of get it no matter what the price is. So in that way he definitely is very similar to many of our political leaders on the wrong side of the tracks and yeah there probably is a bit of Trump there as well.”

And how was working with Colin? “He's great. He's such a lovely guy and I mean his reputation precedes him. He's an incredible actor to work with and study. It was just great to be around him to sort of learn from him.”

If you were asked how would you pitch Voyagers I ask him? “It's like a sort of a sci-fi Lord Of The Flies,” he laughs. The film certainly feels timely, as if it was pulled from the headlines and from experiences that we've all been through recently in the USA and the UK.

“I think it's always good to kind of reassess and look inward, especially at times like this, when we're all forced to really think about what it is that makes us human and who we are. And also to think about the kind of questions about community and society that it brings up on a micro-scale. One of the presiding themes of the film I think is that it's very clear that all the characters still need each other to survive. I think that was a really, really important kind of message to put out.” 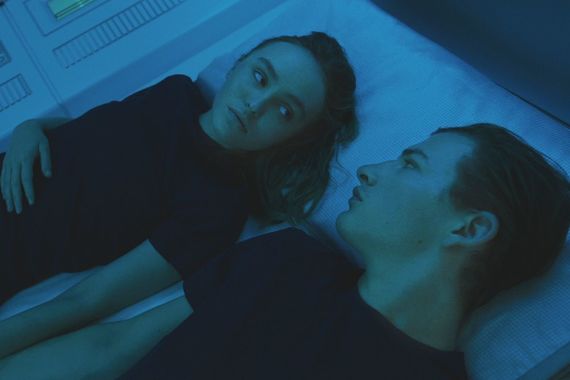 There's an understated element of generational betrayal in the film as well, where the young are quietly betrayed by an older generation and you could argue that is true of this particular moment in history too. Does he have any thoughts about that?

“It's a tough one because I get the feeling that this is not a new feeling like every generation has had exactly the same feeling about the generation before them, you know, feeling that they've sort of they've been screwed. So I think rather than get angry at another group of people a much healthier response is to just kind of talk to those people and be willing to listen to them and to open up a dialogue between the two groups, rather than just point fingers.”

That's the kind of answer that Whitehead's director would love since it's the film's ultimate message. The question is will anyone be listening?