Reece Thompson, who played "Irish little boy" in 'Titanic,' reveals he is still receiving royalty checks from the 1997 film. 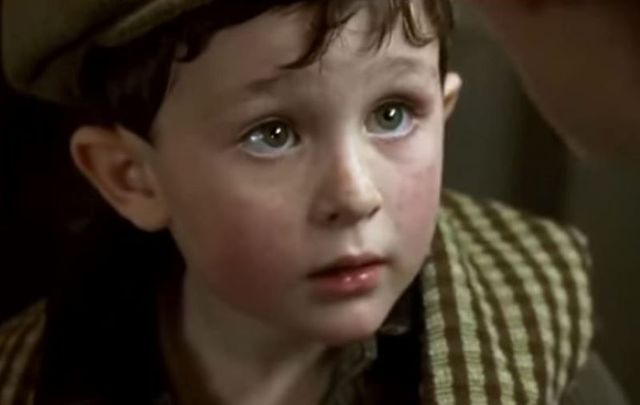 Reece Thompson, the actor who played the ‘Irish little boy’ in Titanic, has revealed that he is still receiving royalty checks from the blockbuster film over 20 years after its release.

Thompson was just 5-years-old when he landed the role of an Irish third-class child passenger in Titanic. While his part was small, it was poignant - his storyline reflected that of so many third-class Titanic passengers who perished during the tragedy.

In his primary scene, Thompson says: “What are we doing, Mommy?” as they wait to be let up to the deck and lifeboats as the ship is sinking.

His mother, played by Jenette Goldstein, responds carefully, “We’re just waiting, dear. When they finish putting first-class people in the boats, they’ll be starting with us, and we’ll want to be ready, right?”

Of course, the Irish third-class family never made it to a lifeboat, and the Irish mother is later seen telling her two children a story as they are tucked into bed.

Thompson received about $30,000 for his work on ‘Titanic,’ most of which he says was invested and put into bank accounts. Since then, most of what he made has gone into his education and living expenses.

Still, Thompson says he receives about $200 - $300 in royalty checks every year.

In 2017, Thompson, a native of California, spoke with Cosmopolitan about his time filming ‘Titanic’ as a child. While Thompson says he’s “Irish, Danish, and Spanish,” he had freckles added to his face during filming to appear more Irish.

Looking back on his performance, Thompson now says: "If you listen to it, it doesn't sound very Irish. It just sounds soft-spoken. I remember trying to mimic what the speech coach was trying to do. That's as close as I got."