Are there human remains on board Titanic?

Titanic experts are at odds over reports that human remains may be embedded in the wreckage of the White Star Liner. 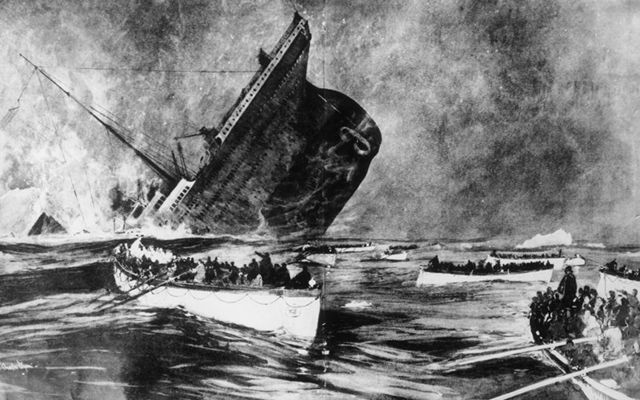 An illustration of the doomed White Star Liner, RMS Titanic, going down. Getty

Could muddy boots and a coat discovered among the Titanic's wreckage mean that there are still human remains inside the ship on the ocean floor?

Newspaper reports claim that pictorial evidence suggests human remains may still be on board the vessel, over one hundred years after it sank.

The Associated Press, quoted by the New York Post, claims that a 2004 photograph, released to the public in 2012 for the first time to coincide with the disaster’s centenary, shows "a coat and boots in the mud at the legendary shipwreck site."

An old image of the Titanic White Star Liner

James Delgado, the director of maritime heritage at the National Oceanic and Atmosphere Administration, told The Associated Press: “These are not shoes that fell out neatly from somebody’s bag right next to each other.  “The way they are laid out makes a compelling case that it is where “someone has come to rest.”

The report states that the image, along with two others showing pairs of boots resting next to each other, were taken during an expedition led by NOAA and famed Titanic finder Robert Ballard in 2004.

The images were first published in Ballard’s book on the expedition, but Delgado says the one showing a coat and boots was cropped to show only a boot. 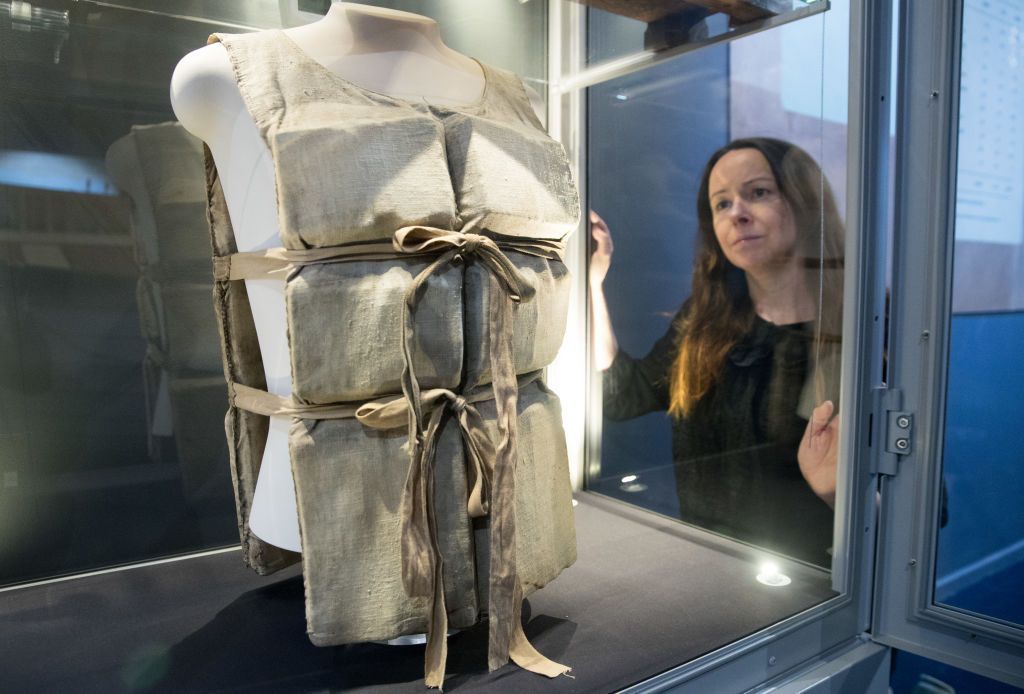 Lauren Hogan looks at lifebelt from the Titanic, one of only a couple that remains in existence, that was given by a survivor to a waiter working on the rescue ship Carpathia, and is being displayed as part of the new Titanic Stories exhibition at the National Maritime Museum Cornwall in Falmouth on March 6, 2018, in Cornwall, England.

However, filmmaker James Cameron disagrees with the new theory.

Cameron has visited the wreck 33 times and said he has seen "zero human remains" during his extensive explorations of the Titanic.

"We’ve seen pairs of shoes, which would strongly suggest there was a body there at one point. But we’ve never seen any human remains,” said Cameron.

Delgado, the chief scientist on an expedition in 2010 that mapped the entire site, says the difference in opinion is "one of semantics."

Evidence of human remains on the Titanic, over 100 years later. pic.twitter.com/QrYLUfd9RE

He added: “I, as an archaeologist, would say those are human remains. Buried in that sediment are very likely forensic remains of that person.

“The images speak to the power of that tragic and powerful scene 2 1/2 miles below and to its resilience as an undersea museum, as well as its fragility.

"This is an appropriate time to note the human cost of that event, and the fact that in this special place at the bottom of the sea, evidence of the human cost, in the form of the shattered wreck, the scattered luggage, fittings, and other artifacts, and the faint but unmistakable evidence that this is where people came to rest, is present.

"The images are also evidence that society could do a better job of protecting the site.”