"Belfast" star Jamie Dornan had a tough year personally but his New Year shone brightly as his BBC mini-series "The Tourist" hit a home run. 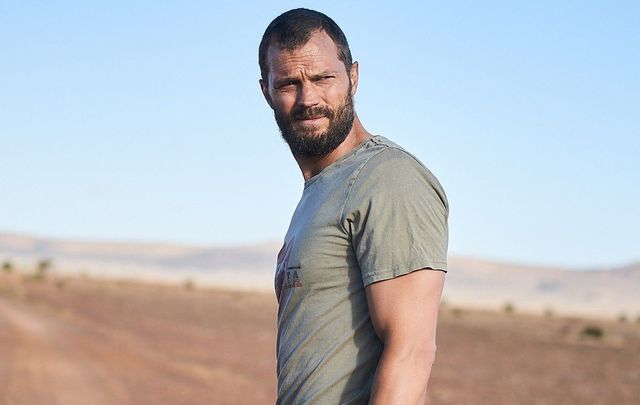 Jamie Dornan in "The Tourist". BBC

The 2022 awards season is already looking bright for this Northern Irish star!

The year gone by couldn’t have been better for Jamie Dornan, at least professionally (he sadly lost his father last year), with his star turn in Kenneth Branagh’s film "Belfast," one of the front-runners of the current awards season which starts this weekend with the Golden Globes and Critics Choice events -- Jamie will compete for supporting actor honors in both.

Judging from the astounding reviews of "The Tourist," Jamie’s new six-part BBC series that debuted on New Year’s Day, 2022 is shaping up to be just as successful for the Northern Irish star whose days as Christian Grey in the "Fifty Shades" films seem way in the past.

"The Tourist," which will air on HBO Max later this year, is set in the Australian Outback and sees Jamie play a character known as The Man, who loses all memory of his previous life after waking up in hospital after an “accident” with a truck.

The U.K. Guardian gave the show four stars and said Jamie’s acting is “explosive” and “compelling.”

The U.K. Metro was equally effusive, calling the show “thrilling” and a “game-changer” for its star.  There are many more sterling opinions out there which is why Jamie was trending on Twitter for a while on Sunday afternoon.

We’ll be seeing lots more of Jamie in the coming weeks as the Oscars approach in March.

And for those who want to see even more…check out his Instagram, where he posted this short video clip of himself doing a polar bear plunge in short shorts to mark Christmas: