Jamie Dornan a big advocate for Covid masking up

Jamie Dornan, the star of "Belfast," says he's staying masked up even when other people have become lax. 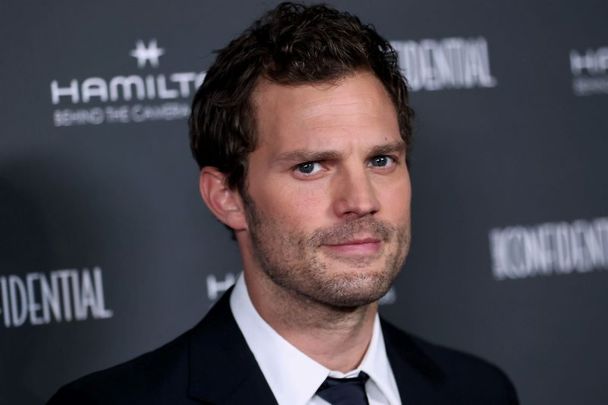 The new Omicron variant is causing lots of stress, not to mention a renewal of Covid safety measures, but Jamie Dornan has never stopped taking precautions, he revealed during a recent interview with Dublin radio station FM104.

He’s a big believer in wearing masks and has done so since the pandemic started.

“I’ve been very vigilant about the masks even in times where it’s become a bit lax,” the Northern Irish star said.

“In Ireland less so, but in the U.K., particularly in London, there was a time there where it was like it was over, like the pandemic was over. Everyone was just mask-free, even on the tube and stuff. It was mad.

“But I would always do it because I’m wanting to protect people around me and myself but (also) because it’s a good thing if you’re recognizable to have half your face covered. I don’t care how uncomfortable it is. It’s definitely a benefit.”

Dornan, currently winning rave reviews for his starring role in Belfast, is busy plugging The Tourist, another series he’s got in the can and ready for a New Year’s Day debut on the BBC.

The series, which will also air on HBO Max later in 2022, sees Dornan playing a British – yes, British! – man in the Australian Outback “who finds himself…being pursued by a vast tank truck trying to drive him off the road. An epic cat-and-mouse chase unfolds, and the man later wakes in hospital, hurt, but somehow alive. Except he has no idea who he is. With merciless figures from his past pursuing him, The Man’s search for answers propels him through the vast and unforgiving outback,” says a synopsis from Variety.

Jamie shared the trailer for the six-episode series on his Instagram last week where you can check it out: