Is Jamie Dornan going to be the new James Bond?

Belfast native Jamie Dornan says it's "a cool thing" to be in the mix to play the next James Bond after Daniel Craig has bowed out. 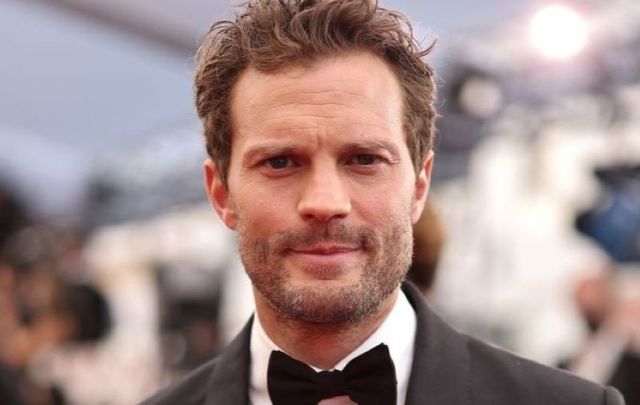 Would Jamie Dornan say no to a chance to play James Bond now that Daniel Craig has bowed out? Doesn’t sound like it.

In a new interview with "Esquire," Jamie, fresh off his massive success with Oscar-winning "Belfast," had some thoughts on the next 007, but he’s not pinning his hopes on winning the coveted role.

“It's fun and it's a cool thing to be in the mix for that sort of thing. I do think it's very transparent in terms of if you look at that list, there's not one person on that list who doesn't have some content at the moment that's doing well,” he said.

“A lot of strangers, lots of different people over the years say, ‘Oh, I put a bet on you 40 to one.’ I think there had been a short recently as eight to one or whatever, like people putting an actual bet on. It's just so silly really.”

There’s no timetable on a new Bond announcement, and in the meantime, Jamie’s got a million other things on his plate, including a new Netflix film with Gal Gadot, and a possible season two of his critically acclaimed HBO Max series "The Tourist."

As long as none of it interferes with family time, Dornan will stay busy. He and his composer wife Amelia Warner have three little girls.

“I just don't ever want to look back and go, ‘Jesus, I missed loads of their youth because I was doing movies or making some TV show that people were into for three weeks,’” he says. “That just would be a sad reflection.”

Jamie is quick to give full props to Amelia, who scored the music for his film "Wild Mountain Thyme" among other projects.

“I would never want it to be like ‘The Jamie Show’ because mommy works too, and her work is unbelievable and she's way more talented than daddy,” he says.