The new film is set to hit cinemas on December 11. 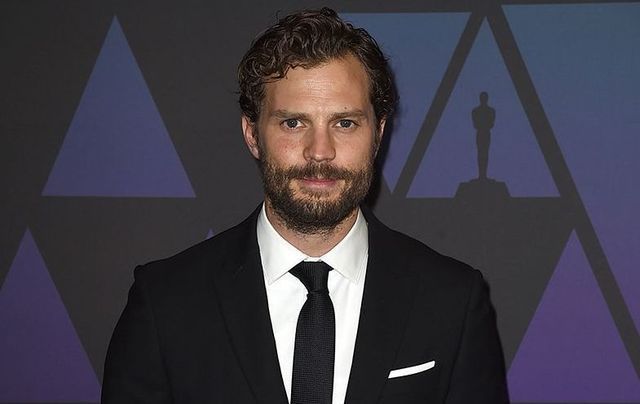 Northern Irish actor Jamie Dornan is set to return to the silver screen this December. Getty

A NICE end of year film event to look forward to comes courtesy of Jamie Dornan and Emily Blunt, who star in Wild Mountain Thyme, the adaptation of John Patrick Shanley’s Broadway play Outside Mullingar.

The two stars filmed on location in Co. Mayo last year along with Christopher Walken, Jon Hamm and Dearbhla Molloy.  Multiple award winner Shanley (Oscar, Pulitzer, Tony, etc…) wrote and directed, and we’ll get to see the finished product when it opens on December 11.

The film’s plot summary is as follows: “Anthony (Dornan) always seems to be out in the fields working, worn down by his father’s (Walken) constant belittling. But what really stings is his father’s threat to bequeath the family farm to his American cousin Adam (Hamm). Rosemary (Blunt) at first seems to hold a grudge for having been shamed by Anthony in childhood, but the sparks between them would keep a bonfire blazing through the night. Her mother Aoife (Molloy) strives to unite the families before it is too late.”

Speaking to People magazine earlier this month about the film and her Irish accent, British-born and raised Emily thinks she did good, without any help from Northern Ireland’s Jamie.

“Well, Jamie's from Northern Ireland. So we were both sort of thrown in at the deep end having to do an accent that was unfamiliar. I'll admit, I'm sure I had a tougher time with it than he did initially, but he's not usually one to give people tips, he's the most unpresumptuous person ever,” she said.

“But he assured me that I sounded Irish and I'm going to believe him. So if he's wrong, I'm going to blame him for any backlash on my accent. He has assured me it was a great Irish accent. We'll see.”

Jamie told People that it was one of his favorite shoots. “We just had a real laugh…it was one of those wonderful jobs that you're very sad when they wrap,” he said.