Chatting with fellow Northern Irishman Shane Todd on his podcast "Tea with Me," Jamie Dornan discusses the lead-up and fall-out of the celebrity "Imagine" video. 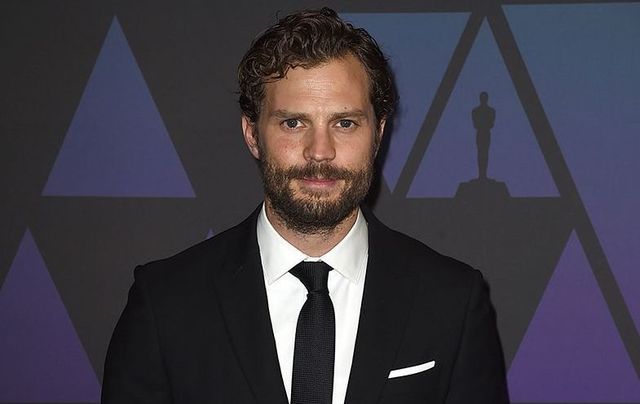 The ghastly celeb-stuffed video singalong to John Lennon’s “Imagine” that dropped last month, courtesy of Wonder Woman star Gal Gadot, was pretty ridiculous, even though she intended it as a diversion from the COVID-19 lockdowns all over the world.

One of the stars who got sucked into “singing” a few words was Northern Irishman Jamie Dornan. He told the podcast "Tea with Me" last week that his friend Kristen Wiig, who he recently wrapped a movie with, was the one who got him involved, and she apologized to him after the massive negative reaction to a bunch of pampered celebs singing to the masses from the comfort of their palatial homes.

“Kristen and I did a movie together last summer that’s meant to be coming out on July 31 but who knows what will happen,” Dornan told podcast host Shane Todd last week.

“We got on brilliantly. I would do anything for her — that’s how highly I think of her. I was the biggest fan of her before anyway. Kristen texted two days before it came out, ‘My friend Gal and I are trying to organize this thing to lift people’s spirits. We basically just want you saying a round of ‘Imagine.’”

What could go wrong? Just about everything it seems. The video was panned, and Jamie said he kind of understood why.

“I’ll tell you what the problem was. I literally did mine in the toilet of my house. Quite clearly, some people had escaped to their second home. There’s too much acreage in the background, too many beautiful trees swaying in the background, clearly in front of an ocean, that sort of craic.”

Wiig texted her Irish pal to say sorry when the backlash hit the fan. Gadot, he said, “was trying to do a good thing. I just got dragged along with it.”

He’s not the only one. Fellow Irish star Chris O’Dowd played his part too, as did Jimmy Fallon, Will Ferrell, Natalie Portman and many more who would have been better served if they quietly cut a check for a charitable cause.

You can watch Jamie Dornan on Shane Todd's "Tea with Me" here: