The Hollywood stars are in Ireland to begin filming on the new movie “Wild Mountain Thyme.” 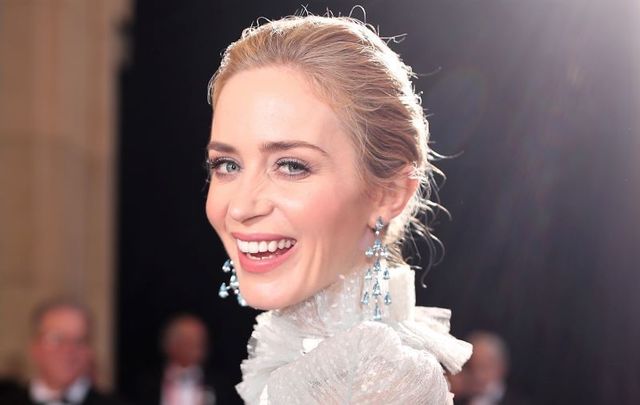 Emily Blunt’s Guinness pour may need some work as she is spotted across Mayo and Galway filming for “Wild Mountain Thyme.”

It’s a right of passage for most celebrities once they land on the Emerald Island that they will be asked to show off their skills in pouring a pint of the black stuff and Emily Blunt’s Guinness pour may need some work if this video is anything to go by.

#MaryPoppins star #EmilyBlunt is currently filming a movie in #NorthMayo with #JamieDornan. Here she is in The Thatch Inn #Crossmolina learning to pull a pint of @GuinnessIreland!
Video: Eamon Moore pic.twitter.com/FELTPfiRaI

It’s ok, Emily, we can’t all be as talented as Meghan Markle and Obama in pouring ourselves a pint of Guinness!

Regardless of her skills as a bartender, Blunt's acting talent was much appreciated across counties Mayo and Galway this week as she landed to begin filming her new flick.

“50 Shades of Gray” star Dornan was snapped dropping into Irish grocery store chain Centra earlier in the week while Blunt was spotted a little further afield in Galway City where she’d traveled to explore and enjoy some brunch during a break in filming.

The cast was also seen filming in Crossmalina for the new movie which is an adaptation of John Patrick Shanley’s Broadway smash hit, “Outside Mullingar.”

The film follows Anthony (Dornan), who is always out in the fields working and is worn down by the constant belittling from his father (Walken). His father has threatened to bequeath the family farm to his American cousin Adam, who will be played by Jon Hamm.

Blunt plays Dornan’s love interest Rosemary, who has held a grudge against Anthony since childhood when she was shamed by him.