100-year-old woman in Cheltenham swears by a daily Guinness 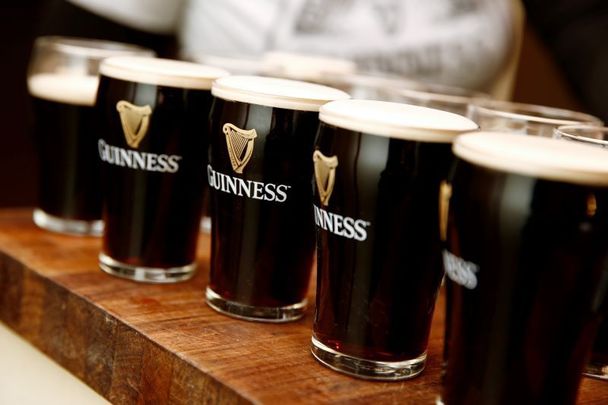 Guinness is good for you! Or so says a 100-year-old from Britain. Getty

Guinness Irish stout is the secret to a long-life according to a wise woman in the United Kingdom who turned 100 years old this week.

Kathleen Hennings, from Cheltenham, in Gloucestershire, says Guinness is behind what's given her "the vim and vigor to make the milestone", reports her local Gloucestershire Live.

A family friend Kirsty Darby, who has known Hennings all her life, told the site "She's really switched on - age hasn't affected her at all.

"She goes out for meals with her friends regularly.

"She swears by Guinness is what keeps her going every day - she has one in the morning and one with her evening meal."

Read more: Dream job? Get paid to taste Guinness in Dublin this winter

Hennings even got a shout out from Guinness themselves who released a statement saying, "We would love to wish Kathleen a very happy birthday, and it’s great to hear she is a lifelong Guinness fan!"

The Centenarian was born in London and moved to Cheltenham after World War II with her mother and brother.

Darby's own grandmother Pam Johns moved into the same neighborhood at the same time. They remained friends until 2018 when Pam passed away.

Despite her age Darby says Hennings is still very independent - doing her own shopping around the town every day.

Her friend added "She does everything herself - I complimented her on her outfit and she said 'Oh, I knitted this in 1952!'

"She's still got appliances that are years and years old - a fridge and a toaster from 40 years ago."

When asked how Hennings felt about turning 100 years old, Darby said "She received her telegram from the Queen but she didn't seem that bothered!

"She was quite modest about it all.

"She takes life on the chin...She's a bit of an enigma, really."

Hennings is the second lady in a month to claim that Guinness is behind her long life. In September Lil and Doris, who became known as the Tipton Twins, told the This Morning, a UK TV show, that "plenty Guinness" was behind their longevity.

Their Facebook page says: "Their favorite food is fish & chips and favorite drink is Guinness."

When asked on 'This Morning' what their secrets were, Lil replied without hesitation: "no sex and plenty of Guinness."

What do you think? Is there some truth to the idea that a regular drink of the black stuff could keep you going? Let us know in the comments section below.