Jamie Dornan: Facts about one of our favorite Irish actors

From underwear model to 50 Shades of Grey and on to A Private War - facts about the Belfast star that might surprise. 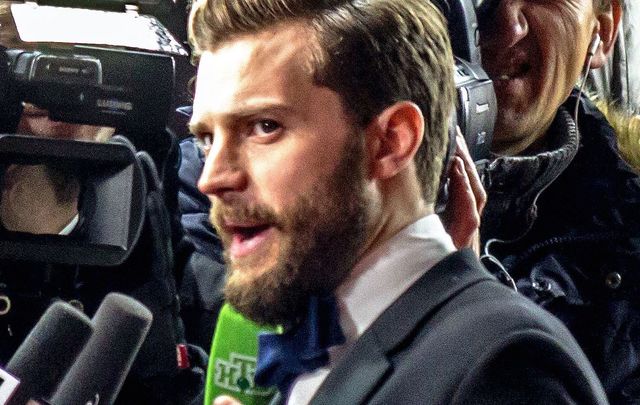 Belfast actor might be best-known for his role in 50 Shades of Grey but there's much more to Jamie Dornan who has taken on some incredible roles in recent years.

For now, it might be difficult for many to separate Jamie Dornan from the raunchy Fifty Shade of Grey franchise but this humble Belfast actor is set to do great things. Having recently starred in A Private War alongside Rosamond Pike and Anthropoid alongside Cillian Murphy, Doran is set to take the world by storm as a rising Irish star. Possibly the next Liam Nesson?

Here are some interesting facts about Jamie Dornan you may have never heard before:

It's no secret that Jamie Dornan is easy on the eyes but did you know that he started out his career as a clothing model, including underwear, for fashion giants like Calvin Klein and moved on to Armani and Dior.

What i would do to get my hands on the underwear,if i couldn't have him! #calvinklein #JamieDornan pic.twitter.com/FkecmdY08A

A renaissance man, not only a successful model and actress, Jamie Dornan sang in a pretty successful folk band. The band, called Sons of Jim, did pretty well and even support Scottish star, KT Tunstall. Sadly, Dornan has said he and bandmate David Alexander will most likely never make music together again. The band split in 2008.

Went out with Keira Knightley

While Jamie Dornan has been married to English actress, Amelia Warner, since 2013, with whom he now has three daughters, from 2003 to 2005 Jamie went out with Hollywood star Keira Knightly. Yes, the star of Pirates of the Caribbean, Pride and Prejudice, and The Imitation Game met during a photo shoot and stayed together for two years.

This might surprise Fifty Shades of Grey fans but Jamie Dornan was not the first choice for the role of Christian Grey. In fact, the first choice to play the role, created by author EL James, was Charlie Hunnam, the northern English star of Sons of Anarchy and recently Guy Ritchie's movie, The Gentlemen.

Success in the Dornan family

Jamie isn't the only member of the Belfast Dornan family who is successful in his career. He has two older sisters who are both uber-successful. Liesa working in London for Disney while Jessica working for a big fashion designer. Also, their father is a gynecologist and obstetrician who almost followed the path of acting, as well.