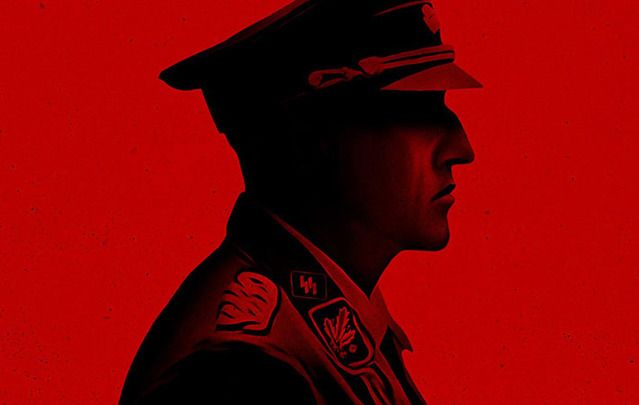 Anthropoid was the real life name given to the covert plan to kill SS Officer Reinhard Heydrich, the third highest ranking member of the Nazi party, in 1941.

Nicknamed “old iron heart” by Hitler, Heydrich was an ardent fascist, the man hand picked by the Fuhrer to ensure the Holocaust of the Jews in Europe.

In the new film of the same name starring Jamie Dornan from Belfast and Cillian Murphy from Co. Cork, director Sean Ellis tells the gripping story and shows us exactly what it costs his two heroes, who are asked to sacrifice everything for the greater good.

That Heydrich's story isn't well known outside of Czechoslovakia, where he was targeted for assassination, is mystifying since it contains all the elements of a superb war thriller: an irredeemable villain, a dangerous plot to tail and kill him, set against the background of a brutal occupation by the most evil military power the world has ever known.

Ellis is aware of just how passionate the Czechs are about this story, and he's also painfully conscious of how little it's known outside of their borders, so the film unfolds as a conflict between concise historical detail and the desire to simply entertain.

That conflict is slow moving and unresolved in the first hour as we watch Josef Gabcik (Murphy) and Jan Kubi (Dornan) stretched to the breaking point by the difficult task that lies ahead of them.

How do you attack the Nazis, who have overrun Europe, and who look utterly invincible? From the standpoint of 1941 the plot to kill Heydrich looked like a suicide mission. Dornan's character in particular grasps just how impossible the odds are, experiencing a full blown panic attack at the prospect of near certain death.

But Murphy's character takes the broader view. He deeply understands what a moral boost it will be to his long suffering countrymen and women, and to Europe and the wider world, if one of the kingpins of Nazism, a pole star of human evil, can be killed.

No sooner are Dornan and Murphy's characters parachuted into their homeland to undertake their near impossible task, but they meet and fall for two gorgeous local ladies who get more than they bargained for from their sudden and unplanned affairs.

Ellis’s camera gives us a Prague under dark shadows. Colors are muted, mostly washed out shades of grey.

Exteriors are dull as interiors, and the near relentless close ups give the film a claustrophobic feel for the first hour. We are intended to feel the threat these courageous men live under and Ellis leaves nothing out.

But the film only really comes to life in the second hour when, after a series of setbacks, the plotters decide they have to carry out their assassination on a given day, no stepping back. In real life unforeseen complications have a way of unraveling even the best laid plans, and so it proves here in a nail biting sequence that shatters the tranquility that preceded it.

The script doesn't delve far into its characters’ lives. We learn what they are doing and a bit about why they are doing it, but we rarely see much of who they are or were before the war, or what binds them together now.

Yes, resisting Nazis and protecting your homeland is always a good idea, but we need to know more about the dreams and aspirations of the film's two heroes than the script ever delivers. At times it's almost as if the filmmaker thinks that fighting the bad guys is reason enough in itself. It's not.

What happens next is extraordinary, though. Gabcik and Kubi and their co-conspirators are pursued across the city by the incensed Nazi leadership and thousands of troops. Locals who might have harbored them or known or their plan are tortured mercilessly or shot on sight.

But the repercussions of their daring act fall so hard and so fast that neither we nor the film has time to ask if their attack was actually worth it? The film concludes in a terrifying fast moving shootout between the resistance and the German forces at the Karel Boromjeksky Church – a near sacred last stand know to all modern day Czechs but barely known outside its borders.

Anthropoid will change that basic awareness, but little else. It opens on Friday, nationwide.