Jamie Dornan recently said that 2021 was “the worst year…and the hardest” of his life. 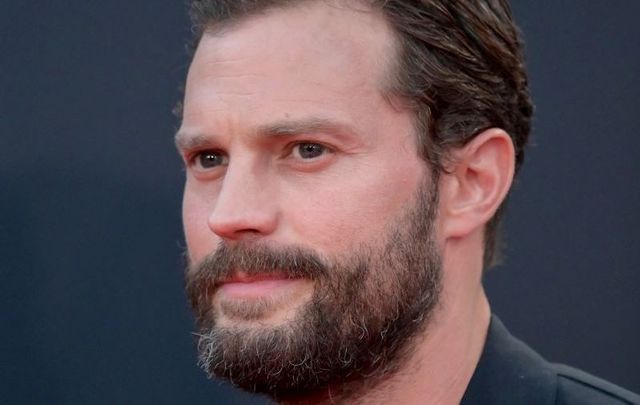 Jamie Dornan’s career is going from strength to strength these past couple of years, but there’s been lots of personal pain too.

Making matters worse, Jamie was quarantining in Australia for his role in the new BBC series The Tourist and couldn’t be with his father.

Dr. Dornan was admitted to hospital in Dubai, where he had been living with his wife Samina, for a routine knee operation and contracted Covid while he was there. He tragically passed on March 15 at the age of 73.

Not surprisingly, in a new interview with the U.K. Sun, Jamie called 2021 “the worst year…and the hardest” of his life.

“I’ve been subjected, early on in my life and now, to a lot of pain and loss,” he said, referencing the death of his mother Lorna to pancreatic cancer when he was 16. Dr. Jim at the time urged his only son to be strong.

“Don’t let this be the thing that defines you,” is what he said, Jamie recalls.

Speaking of present days, he added, “It’s been a brutal time for lots of reasons and for lots of people. We’re all just trying to ride it out and come out the other side and hope we’ve got our heads intact.”

Jim Dornan would have loved to see his son starring in "Belfast," the critically acclaimed film which will be a strong contender at this year’s Oscars. Jamie said that his dad met "Belfast" writer/director Kenneth Branagh at the Royal Victoria Maternity Hospital in the city several years back.

“There was a picture on our bookshelf of my dad and Ken opening a wing at the maternity ward at the hospital my dad spent the majority of his career at,” Jamie said. “I remember thinking it was a big thing in our house that he’d been around and done that and met Dad and stuff.”