"Holy Heist" looks into America's most daring bank heists pulled off by an unlikely cast of robbers, including an IRA soldier. Holy Heist is now streaming on discovery+. 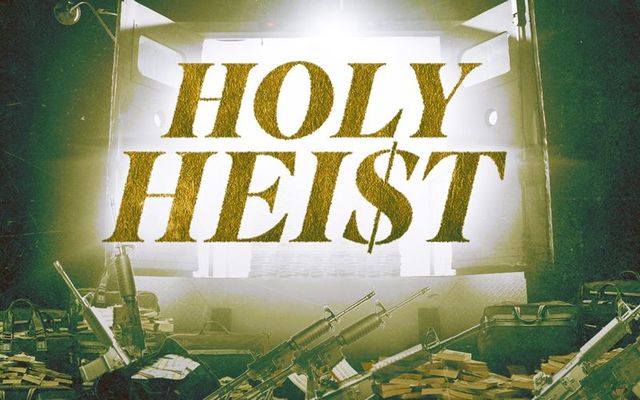 A new documentary tells the incredible story of a historic $7.4 million bank heist involving a cast of characters that sound like the setup to a joke - an Irish rebel, a crooked cop, a famous boxer, and a priest.

In 1993, in Rochester, New York, two armed men robbed a Brink’s armored car depot. The robbers also kidnapped one of the three guards on duty that night, ex-cop Thomas O'Connor. With suspiciously easy access and seeming operational intel, the robbers made off with $7.4 million and released O’Connor, unharmed.

An investigation into the robbery recovered $2 million and identified a team of players with possible connections to the Irish Republican Army. The players include Sam Millar, the Irish rebel; Ronnie Gibbons, a famous boxer; and Father Patrick Moloney, a poker-faced priest; all with ties to O'Connor, the security guard.

Millar and Father Pat would eventually be convicted for the possession of $2 million of the stolen money, while O’Connor was acquitted. But then the remains of someone close to the crime wash up, and the family is demanding answers.

“Holy Heist is an unbelievable story full of countless twists and turns that will have viewers on the edge of their seats,” said Lisa Holme, Group SVP of Content and Commercial Strategy for Discovery.

“This is true crime at its best and fits perfectly with our ever-growing catalog of investigative content on discovery+.”

"Holy Heist" puts together the shocking pieces to the scandalous puzzle and uncovers an unexpected cast of Irish lads linked to the crime. The film also includes Father Patrick Moloney’s unforgettable interview about his involvement with the historic heist.

“This is the perfect story for streaming as every twist revealed in HOLY HEIST introduces one outrageous character after the next. It’s a truly wild tale about one of the biggest and boldest heists in American history,” said Jason Sarlanis, President, Crime and Investigative Content, Linear and Streaming.

“With clever commentary and exclusive access to the one-of-a-kind priest and sly fox, Father Patrick Moloney, the two-hour doc will leave you - and the authorities - wanting more answers, proving yet again that truth is always stranger than fiction.”