Guinness raises a pint to American heroes for the 4th of July in this touching ad from 2013. 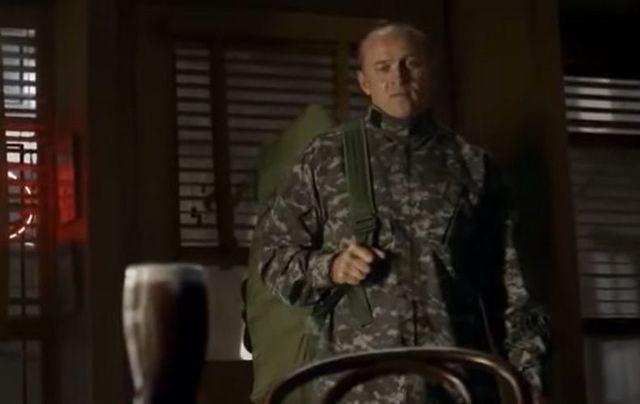 “Empty Chair” was featured in the acclaimed "Made of More" series from Guinness. BBDO, YouTube

Thank you for your service! For Independence Day, Guinness celebrates the spirit of service that has made America great. We raise a pint to US veterans.

This 4th of July, there are many people thinking of those fighting for independence, for freedom, and for peace in other parts of the world, in particular, those families who have sons, daughters, husbands, wives, fathers, mothers, or friends serving overseas.

As part of their acclaimed “Made of More” series, Guinness released an ad celebrating these heroes, their communities, and their great strength of character.

The very moving TV spot, “Empty Chair,” centers on a local bar where the owner and her patrons hold a special vigil as they wait for one of their own.

No shamrocks and shillelagh numbers here, instead of a paean to the spirit of service that has made America great.

The ad concludes: "The choices we make reveal the true nature of our character."

The “Made of More” series began in 2013, with an ad featuring a group of wheelchair basketball players and an unexpected twist at the end. It instantly went viral online, with 3.5 million views before its official release date, and was hailed as leagues above other beer ads.

The second installment, released in February 2014 just before the advertising blackout period of the Winter Olympics, told the amazing story of twin bi-athletes Tracy and Lanny Barnes, one of whom gave up her spot in the Sochi Olympics so that her sister could compete.

It is these small but extraordinary acts of heroism that Guinness celebrates, sharing their stories with the world.

Read More: This July 4th we ask what have the Irish done for America?