This TG4 film explores the lives endured by these Viking captives through the eyes of two Irish slaves, Findan and Melkorka. 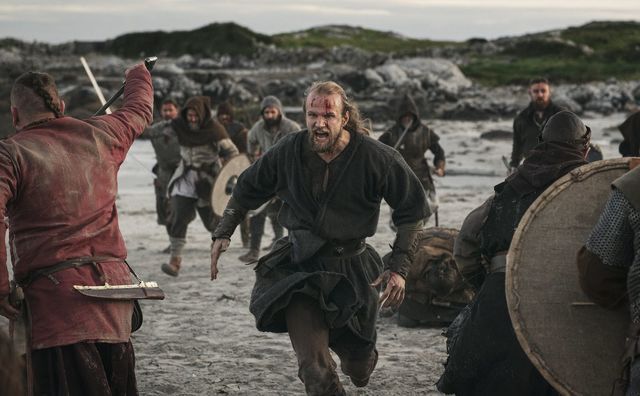 New documentary "Íospartaigh na Lochlannach" (meaning "The Victims of the Vikings") will air on TG4 this Sept. TG4

A new documentary on TG4, "Íospartaigh na Lochlannach" (meaning "The Victims of the Vikings") will explore previously unknown human trafficking and slavery perpetrated by the Scandinavian invaders.

A new documentary "Íospartaigh na Lochlannach" explores previously unknown human trafficking and slavery by Vikings.  The Nordic seafarers were known as successful conquerors but to a lesser extent, as merciless slave owners. Above all, the Vikings spread fear and anguish, taking whatever they could lay their hands on land, treasure and people, with settlements in Ireland, Iceland, Greenland, and even Newfoundland establishing the reputation of the Norse seafarers as explorers and conquerors.

The fascinating life story of the Irish monk Findan in the 9th century serves as a starting point for this journey into the early Middle Ages.

At its height, the Viking slave trade stretched from the western edges of Europe to the middle east. This TG4 film explores the lives endured by these captives through the eyes of two Irish slaves, Findan and Melkorka.

Findan was to a noble family in Leinster. He lost his parents and siblings in internal wars in Ireland and through abductions by the Vikings. He himself was enslaved by the Vikings (possibly handed over by his Irish enemies) and taken to the Orkney Islands but was able to escape to Scotland.

He was later canonized, and his original writings were discovered in Switzerland‘s Rheinau Abbey. They describe in detail how the Vikings treated their captives brutally and have led internationally renowned historians and experts to investigate the historical reality of the Viking slave trade.  The docudrama uses Findan’s first-hand account of his life after escaping from his captors.

"Íospartaigh na Lochlannach" explores why the Vikings engaged in kidnapping, and the role slaves played within their society. It examines how professionally organized the slave trade was and how it developed over time.

"Íospartaigh na Lochlannach" will air on Ireland's Irish language TV station, TG4 on Wed, Sept 14th at 9:30pm IST. It will then be available on www.tg4.ie.