"Derry Girls" creator Lisa McGee's teenage letter to Chelsea Clinton at the White House served as the inspiration for the sweet final moment in the "Derry Girls" series finale. 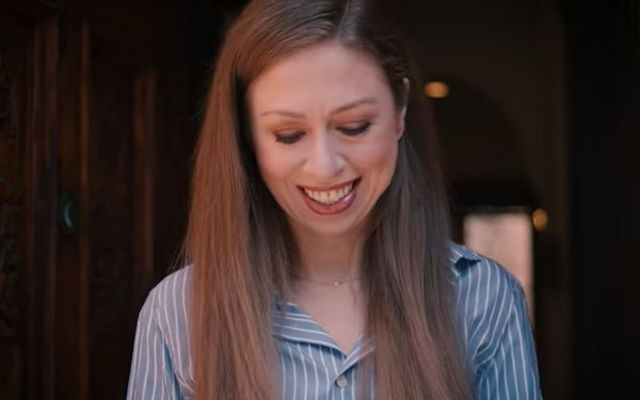 Chelsea Clinton gets a surprise letter from none other than the Derry Girls gang. Channel 4, YouTube

Chelsea Clinton has offered to go to the cinema with "Derry Girls" creator Lisa McGee after making a memorable cameo in Wednesday night's series finale.

McGee revealed that she wrote to Chelsea Clinton when she was 13, inviting her to go to the Strand Cinema in Derry during US President Bill Clinton's famed visit to the city, which was the subject of the "Derry Girls" season two finale. However, she never received a response.

McGee's teenage letter served as inspiration for the touching final bit in "Derry Girls," which saw Chelsea Clinton receiving a letter from Erin, Michelle, Clare, Orla, and James that had gotten lost in transit ahead of her father's presidential visit to Derry.

The scene in the "present day" shows a postman arriving at Clinton's residence to deliver "some old mail."

"It was intercepted en route to the White House back in the 90s, then somehow lost its way," the postman explains to Clinton.

"Thank you so much," Clinton says with a smile as she starts to read the letter penned in classic "Derry Girls" style.

The five teenagers invited Chelsea to "hang out" while her father visited Derry as they believed she would be "bored out of her tree".

Clinton took to Twitter after her cameo, stating that she was "honored" to be part of the show's finale.

"Had an absolute blast filming with #DerryGirls and was honored to be part of #DerryGirlsFinale! And @LisaMMcGee, hope the invite to the cinema is still open…" she wrote on Twitter.

Had an absolute blast filming with #DerryGirls and was honored to be part of #DerryGirlsFinale! And @LisaMMcGee, hope the invite to the cinema is still open… https://t.co/RmLqz3OvEr

McGee responded to the tweet, even offering to let Clinton pick the movie.

"I will even let you choose the movie @ChelseaClinton, you’re a Derry Girl now. Thank you," McGee wrote in response to Clinton's tweet.

I will even let you choose the movie @ChelseaClinton, you’re a Derry Girl now. Thank you ? https://t.co/r5dUV8AsXz