Danny DeVito recently said "my Penguin was better" when asked about his buddy Colin Farrell's take on the Batman villain. 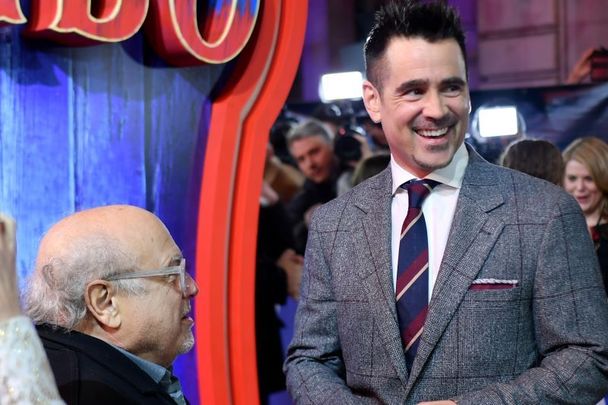 And DeVito let it spill during a recent test that he thinks his portrayal of the Gotham City criminal Penguin is better than Colin Farrell’s Penguin from the recent film "The Batman".

DeVito, who took on the Penguin for "Batman Returns" way back in 1992, was hooked up to the machinery as part of Vanity Fair’s lie detector video series. And he let loose when shown a pic of Colin Farrell as Penguin and asked, “What about this Penguin?”

“Who, Colin?” DeVito replied. “I love Colin. He’s a terrific guy. (But) my Penguin was better.”

Back in April, DeVito was quite complimentary about Farrell's take on the famed Penguin. He told entertainment website The Wrap, “I thought Colin did a great job. Certainly a different milieu. I think it was a more edgy, serious, gangster-y Batman. But I feel like, in terms of the performances, I thought Colin – who is a good buddy of mine – I think he did a great job in that. You take your hat off to anybody who sits in the makeup chair that long. I did it with The Penguin and loved it.”

It’s doubtful Farrell, who seems like a supremely nice guy, will have any hard feelings. He’s busy as heck these days, currently shooting the Apple TV+ series "Sugar" in Los Angeles, and early next year, he’ll get to work on the HBO Max series "The Penguin," based on – yep! – his take on the character.

"Batman" writer/director Matt Reeves won’t be numero uno on the set, but Farrell says he’s very much active behind the scenes.

“Matt’s up to his bollocks, you know, hovering over the keyboard and just planning the story because he’s just so meticulous,” Farrell recently told Entertainment Tonight.

“He’s so obsessive about what he does, but he’s all over The Penguin as well. I mean, he’s not gonna direct it but he’s all over the structure of the scripts and who’s going to direct them. And so, it’s exciting.”