Colin Farrell hasn't had a bit of rest with two new projects - "Sugar" and "The Penguin" - in the wings as he continues "Banshees of Inisherin" promo. 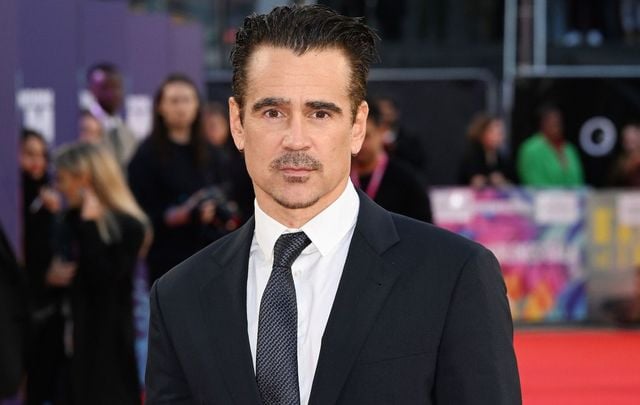 Colin Farrell at the premiere of "The Banshee of Inisherin". Getty Images

"The Banshees of Inisherin" will occupy Colin Farrell’s attention for a long time, given the rave reviews and awards season buzz, but the Dubliner’s got plenty of other things going on too.

In addition to shooting his Apple TV+ series "Sugar", he’s also going to be in front of the cameras at the start of 2023 starring in his HBO Max show "The Penguin".

That show takes up right where "The Batman" left off – "The Batman" being the hugely successful film released earlier this year (close to $800 million in box office) that co-starred Colin Farrell as, of course, The Penguin. During a screening of "The Banshees of Inisherin" last week, Farrell gave some hints on what’s to come for the evil Penguin.

“It starts about a week after 'The Batman' ends,” Farrell told the celebrity TV show Extra. “So, Gotham is still, somewhat, underwater. I read the first script of the first episode and it opens up on my feet splashing through the water in Falcone’s office. Even that alone, when I read it, I was like, ‘Oh, Jesus!’

“It’s lovely. It’s so well-written,” Farrell added. “Lauren LeFranc has done such an extraordinary job, and she’s writing the whole thing and show-running. She is formidable. It’s just an exciting prospect. I love that character. I was greedy with it. I felt like I didn’t have enough. I wanted to do it more and more and more.”

In the meantime, "Banshees" opens in theaters this week, on October 20, and Farrell’s name is in the mix for a Best Actor Oscar. UK bookies Ladbrokes has his odds at 8-1.

"Banshees" had a pretty cool Irish party last week in Dublin. The premiere was attended by Farrell, co-star Brendan Gleeson, director/writer Martin McDonagh and a few other Irish famous faces – Bono and his wife Ali, and Gleeson’s sons Domhnall and Fergus among them.