The late, great Elizabeth Taylor was fondly remembered by her friend Colin Farrell last week at a charity dinner hosted by her AIDS Foundation in West Hollywood. 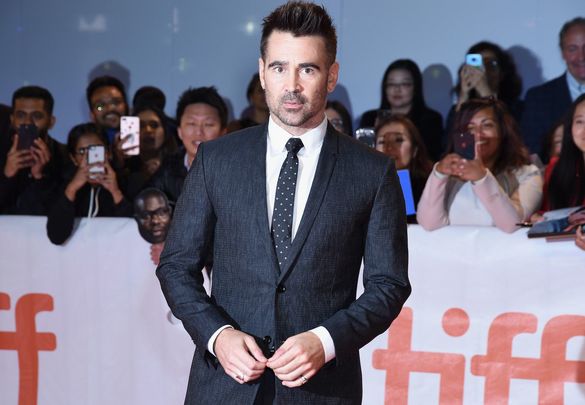 Colin and Liz were the best of pals before her death in 2011, and The Elizabeth Taylor AIDS Foundation remains on the frontline in finding a cure for the deadly virus.

Colin Farrell, who’s receiving rave reviews for his star turn in Martin McDonagh’s new film "The Banshees of Inisherin" and a new best actor award from the Venice Film Festival – received an honor from the foundation, and he spoke to the star-studded audience about how dedicated Elizabeth Taylor was to making AIDS go away.

"Her life's work and that which gave her journey real meaning, lasting meaning, significance and profound meaning, is the work that she was at the forefront of when the AIDS epidemic came like a theft in the night and stole so many lives," Farrell said.

"Elizabeth's dream was to end HIV AIDS, forever.  We haven't got there. There's still more work to do, which is why we're here tonight."

La Liz, as she was known, was fierce in her approach to finding an AIDS cure, and she was also a fierce friend as Colin found out to his chagrin. He told a story of being out of touch with her for a while due to some personal problems at the time, but she wouldn’t hear of it.  When he reached out to her after the storm passed, Liz wasn’t happy.

"She said, 'When did you get back?' And I said, 'About five or six weeks ago.' And she went, 'Why didn't you call?' And I said, 'Because, stuff is going on. Stuff... My head was wrecked.  I was in a bad mood. I didn't.’ And she said, 'Well, that's not the kind of friendship I'm interested in if you're only ever going to bring me your sunny days.’

"I swear to God, I was like, 'Oh s***, now, I have to reevaluate friendship," Farrell added.  "That's the kind of friend she was on a personal level.”