Audiences at the Venice Film Festival gave Martin McDonagh's latest movie 12 minutes of "wild applause", prompting some to tip it for Oscar glory. 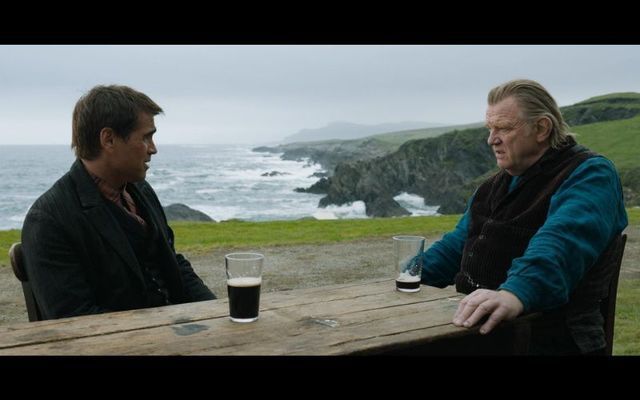 Summer 2021 is one for the books now, which means that Oscar season is upon us.  And it seems likely, judging from the glorious reviews out of the Venice Film Festival, that Martin McDonagh’s new film The Banshees of Inisherin will be contending in all the major categories.

Starring Colin Farrell and Brendan Gleeson as two Irish friends in 1923 whose relationship ends – it’s Gleeson’s character that does the ending – with bad consequences for both, Inisherin was shot on Achill Island and Inishmore last year. It had its world premiere on Monday at the Venice fest, and critics swooned.  So did the audience, which gave the film a 12-minute standing ovation – The Hollywood Reporter called it “wild applause.”

“Across the board, the actors could not be better. The cast’s understanding of the peculiar rhythms and innate musicality of McDonagh’s language adds to the theatricality, yet the material is never static or stagey…the writer-director’s superbly acted fourth feature is his most Irish work for the screen to date, and also one of his best,” the Reporter review gushed.

Farrell, Gleeson, McDonagh, and co-star Kerry Condon were in Venice for the big premiere – Barry Keoghan, who also stars, didn’t make the trip, perhaps because his partner gave birth to his first child a few weeks back.

During Monday afternoon’s press conference for the film, Colin spoke about the importance of friendship above all.

“When push comes to shove we will always return to good chats. It’s like the people who don’t believe in God until they’ve overdosed on a drug,” he said.

“Conversation, sharing thoughts and feelings with each other. It’s a world that is so quick to pull the trigger of judgment on each other, we’re so quick to cancel now with cancel culture and all these things. But to actually have discourse, to have conversation and exchange ideas in a way that is as open to your opinion being changed as it is to being shared is a gorgeous thing.

“I don’t think that’ll ever die even if it’s been supplanted by a little technology.”

For his part, McDonagh said he was thrilled to have the chance to once again work with Farrell and Gleeson, two of his favorite people.  They worked together on In Bruges 14 years ago and remained tight, McDonagh told the Reporter.

“I just wanted to write a sort of simple, sad breakup story between two blokes, weirdly. And I guess part of it was always wanting to get Colin and Brendan back together since In Bruges. I’ve stayed friends with them since then and was always hoping no one else would work with them as a pairing. It almost happened once and it fell through and I was so happy about that. They always wanted to get together too, so that was the germ of it, this breakup story and those guys,” he said.

Inisherin heads to the Toronto International Film Festival later this month and will open in limited release on October 21.