Colin Farrell tears up over homelessness on Jimmy Kimmel

The ever-growing problem of homelessness in Los Angeles caused Colin Farrell to get emotional during an appearance on Jimmy Kimmel Live. 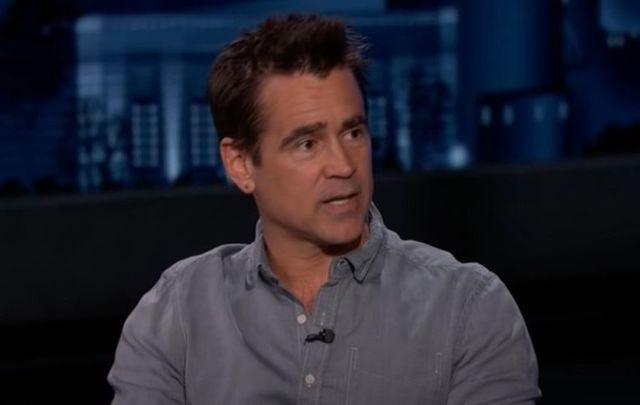 The Irish star Colin Farrell was there to promote his new AMC+ limited series, The North Water, which premieres on July 15, and he spoke about how dismayed he is to see the number of homeless in his adopted city.

With tears in his eyes Colin Farrell told guest host Wanda Sykes, "It's been a tragic and difficult year, of social unrest and essential things happening that have needed to happen, ugliness that we have seen and you know, the homelessness here is pretty tough to see, and...I’m tearing up about it like a ****, pretty tough to see,” he said.

"I don’t understand how so many people can be on the street. I say that knowing how fortunate I am, I live in a nice house, I have a very safe existence."

It’s been quite a while since Colin has been to his own original home, Dublin, and he told Sykes that he’s missing it but returning “soon.”

Lockdown, he added, wasn’t easy, and like most of us, he first thought the coronavirus would just peter out.

“I was very glib about it at the beginning,” he confessed.  “Everyone needs to chill, it’s just a flu…what the f*** would I know.”

He was in London shooting The Batman in March of 2020 and quickly departed for LA once the borders started to shut so he could isolate with one of his sons – which one he didn’t say. (Colin’s got two, James, 17, and Henry, 11.)

"The border started to be closed and I got on the third last plane out of London back here.  It was Armageddon, it was very strange. Me and my boy, yeah, we locked down,” Colin shared.