Jon Bon Jovi's reworked version of the Pogues' 'Fairytale of New York' has been met with some harsh criticism. 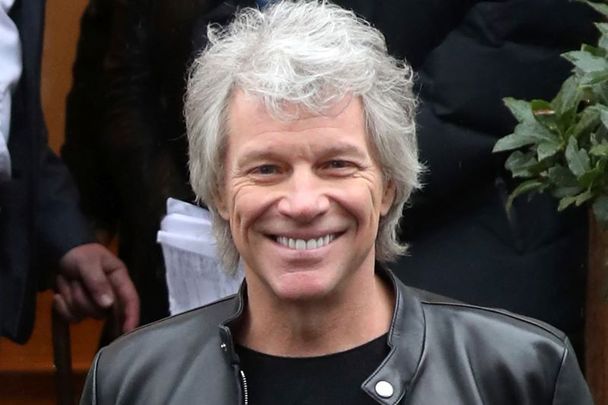 People aren't all too impressed with Jon Bon Jovi's cover of the Pogues' 'Fairytale of New York.'

On December 7, Bon Jovi announced “an early gift” by way of his new three-song 'A Jon Bon Jovi Christmas,' which is now streaming everywhere:

An early gift from me to you. A Jon Bon Jovi Christmas — streaming everywhere. Happy holidays, I hope you enjoy it.https://t.co/JffarqrFor pic.twitter.com/MdzgGYq07a

Included in his “early gift” is a cover of the Pogues' Christmas classic 'Fairytale of New York,' in which the New Jersey rocker exercises a considerable amount of artistic liberty, including rewriting the lyrics, donning a bizarre accent, and omitting a duet partner.

You can listen to Jon Bon Jovi's 'Fairytale of New York' cover here:

'Fairytale of New York,' recorded by the Pogues with a special feature from Kirsty MacColl, was first released in November 1987 before later being included on the Pogues' 1988 album 'If I Should Fall from Grace with God.' The song is often regarded as the best Christmas song of the 20th century.

Though popular, 'Fairytale' not without controversy, mainly due to these lyrics, which are sometimes censored:

You scumbag, you maggot
You cheap lousy faggot
Happy Christmas your arse
I pray God it's our last

MacGowan has defended the original lyrics, saying: "The word was used by the character because it fitted with the way she would speak and with her character.”

Jon Bon Jovi, however, has taken it upon himself to rewrite the lyrics in his new 2020 version:

You’re a bum, you’re a braggart,

you’ve lost all your swagger.

And the word around town is you ain’t much in the bed.

Called a squirrel cos you’re nuts,

you’re a kick in the guts.

I pray God it's our last.

Perhaps not surprisingly, Bon Jovi's new Christmas cover has been met with less than stellar feedback;

I've listened to Jon Bon Jovi's Fairytale of New York---- its an actual war crime - up there with Gal Gadot (and friends) Imagine .......this will not go unpunished......

Just listened to the Bon Jovi version of Fairytale of New York and I can honestly say, with no exaggeration whatsoever, that my day is ruined.

On the radio just now, they turned off Jon Bon Jovi's cover of Fairytale of New York halfway through because it's just too awful.

Just heard Jon Bon Jovi's Fairytale of New York cover and I hope that Henry Mount Charles and all the people who thought bringing him to Slane that time was a good idea are reevaluating themselves tonight.

Bon Jovi’s attempt at covering the Christmas classic coincides with the debut of the new Shane MacGowan biopic ‘Crock of Gold,’ produced in part by MacGowan’s longtime pal Johnny Depp, which, unlike Bon Jovi’s cover, is being met with rave reviews.

Back in October, Bon Jovi raised a few Irish eyebrows when, during an appearance on Dax Shepard's 'Armchair Expert' podcast, he said that U2 frontman Bono  grew up with Orangemen "walking through his neighborhood.”