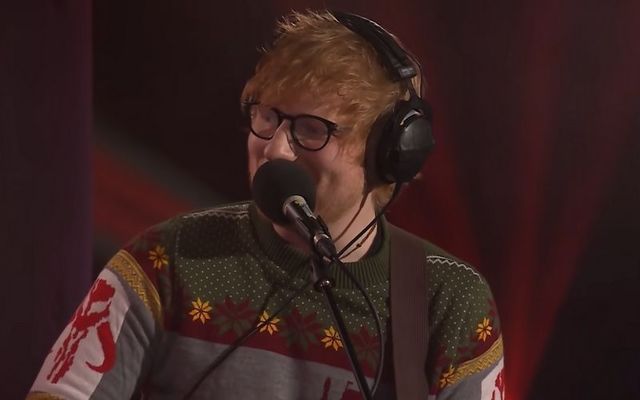 Ed Sheeran covers one of the most beloved Irish Christmas songs ever - Fairytale of New York by The Pogues.

In 2017, Ed Sheeran performed a cover Fairytale of New York in the BBC Live Lounge with Irish folk band Beoga (who also collaborated with him on the Irish songs on his recent album) and the English singer-songwriter Anne-Marie.

Give it a listen... what do you think?

The original was released in 1987 with Kirsty MacColl singing the female vocals and became a touchstone of the Irish immigrant experience in the US in addition to a fiercely beloved Christmas classic.

In his version, Sheeran seems to have glossed over some of the grittier original lyrics, and his singing is a great deal softer and more clearly annunciated than Shane MacGowan's - which may not be a good thing, depending on your perspective!

Can anyone do it justice quite like The Pogues themselves?

Here's the original - tell us what you think in the comment section.

Who does your favorite rendition of Fairytale of New York? Let us know in the comments!